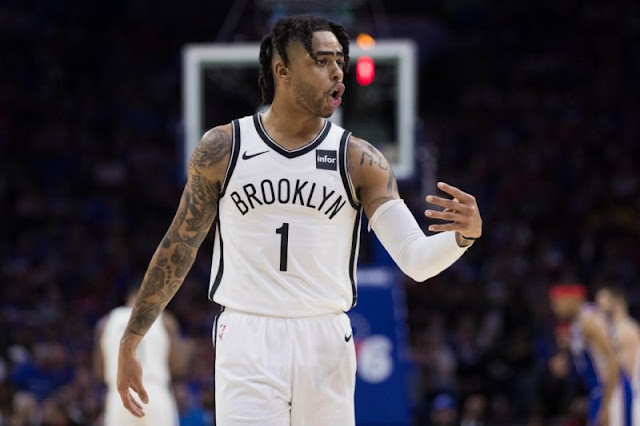 The Brooklyn Nets had just groomed a star for trading. D’Angelo Russell is bound to take his talents to Oakland after finally finding his actual game in his fourth NBA season.

GoldenState and Brooklyn have reportedly agreed to a sign-and-trade deal which will most likely be for Kevin Durant. Russell will sign a four-year, $117 million deal according to ESPN’s Adrian Wojnarowski.

The Warriors will also trade Andre Iguodala and draft picks to the Memphis Grizzlies to create room for salary cap.

Rumors were already swirling around that the Nets are willing to part ways with Russell in an effort to land Kyrie Irving in free agency.

It looks like they managed to ink a better deal if all plans push through.


Strength in number of guards?


Russell was the main man on offense for the Nets as their starting point guard. It now raises the question how he will fit with Warriors' guards Stephen Curry and Klay Thompson.

The two like to purely shoot from the outside as much as possible but with the latter out with an ACL injury, Russell will definitely start in his place for the first half of the season at least.

Now it raises the question: who will play the point guard?

Curry is a good all-around player but he chose to give up well roundedness and focus on his accurate 3-point shot. Russell on the other hand can score and can dish out.

Russell will definitely play the point as Curry slides up to Thompson's position since he can shoot higher percentages than Russell at Thompson's spot.

The issue is how Russell will fit the Warriors rotation long-term especially when Thompson returns.

Other issues to be addressed

Russell has had issues with brushing teammates the wrong way in the past. First was him allegedly breaching the trust of the Lakers' locker room during his rookie season.

Then, there is questions about Russell's maturity. He was cited for marijuana possession by TSA agents in May while going through a security check.

He’s not gotten into any serious trouble with his Nets teammates however. In fact, his play even earned him a big contract in a team full of max players.

A break out season earned him his first All-Star appearance whilst leading the Nets to a winning record and their first playoff berth since 2015.

Golden State likes to build around heavy artillery on offense. Looks like they are starting to  build their Warriors 3.0 lineup already.

Is D'Angelo Russell a right fit for the Golden State Warriors? Tell us what you think about this deal in the comments below.