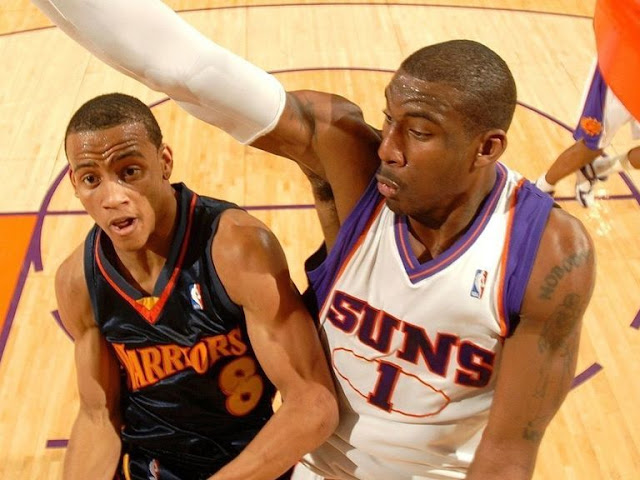 If NBA analysts are to make a Top 10 list of extremely talented players that aren't good enough to carry a team, two names will most likely be recurring: Monta Ellis and Amar’e Stoudemire.

As free agency heats up with superstars seeking new homes for next season, all these former stars want is an NBA team to call home.

The Los Angeles Lakers seem to be wanting to get any veteran that has the right attitude after young pieces pulled LeBron James down to their level last season.


Willing to play for less

James, Anthony Davis, and possibly Kawhi Leonard will be taking up majority of the Lakers' salary cap as their potential "Big Three."

Jordan Schultz from ESPN reports that both Ellis and Stoudemire are attempting to make NBA comebacks. Both already have scheduled workouts with at least five NBA teams.

Both have also set their eyes on the Lakers.

Can Stoudemire and Ellis still make a difference though?

Both Stoudemire and Ellis are obviously past their prime. We haven’t seen a good game from them in years.

Stoudemire is the one with more accolades between the two. A six-time NBA all star, an ALL NBA team member on multiple occasions, and was the 2003 Rookie of the Year.

He last played in the 2015-16 season with the Miami Heat as a reserve. Stoudemire has been active though despite retiring after the 2016 season with stints in the Israeli Basketball Premier League and BIG3 league.

Ellis meanwhile is a talented player that didn't have what it takes. His departure from Golden State via trade paved the way for Stephen Curry to become the star he is today.

Aside from that, Ellis has never made an All-Star team despite having high-scoring seasons early in his career. He has struggled to find a deal since the 2016-17 season.

The Lakers already added some minor pieces in free agency signing Jared Dudley and Troy Daniels. The duo won’t be expected to be offensive gunners but rather play supporting roles from beyond the arc.

Another player the Lakers have their eyes on is DeMarcus Cousins. He accepted being underpaid for a chance at something better with Golden State Warriors last year.

Cousins suffered injury problems all season long but still managed to contribute productively on a team full of stars. He might be looking for another contender that will need his boost next season.

As for Ellis and Stoudemire, none fills a need. Ellis isn't an efficient offensive player having only only once shot better than 35 percent in a season. Stoudemire on the other hand is an old school power-type big man who only shot a career 30-for-127 from beyond the arc in 14 seasons

There is a possibility that they manage to ink an NBA deal but don't expect to see them on the court though if that happens.


Can Monta Ellis and Amar’e Stoudemire still play in today's NBA? Let us know what you think in the comments section below.