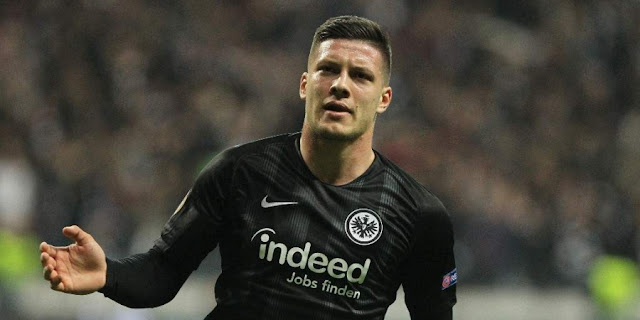 Luka Jovic has been highly on demand after scoring 17 Bundesliga goals and and a further 10 during his time with Eintracht Frankfurt.

The Serbian striker's impressive performance in the Europa League in 2018-19 has drawn a lot of offers from teams, particularly La Liga.

The 21-year old is now making his way to the Spanish league after Real Madrid announced the signing of Jovic for a reported fee of €60 million.

Madrid is still looking for someone to fill in the void of Cristiano Ronaldo's departure while Barcelona was looking for a long-term successor to Luis Suarez.

In the end it was Madrid who sealed a deal for Jovic. He signed five-year contract with Los Blancos as they look to rebuild under Zinedine Zidane.

Zidane has been making splashes in his return to Madrid. First he made a €50million move for Porto defender Eder Militao, then the Jovic deal.


Why Barcelona dropped the ball on Jovic

Barcelona reportedly decided that Eintracht Frankfurt striker Luka Jovic was not the type of player they require at the moment.

According to Diario Sport, Barcelona pulled out because they realized he is not the profile of player that they currently have a requirement for.


How Jovic can impact Madrid

Jovic is an out-and-out striker whose movement in and around the penalty box allows him to create space and manufacture goal scoring opportunities.

His combination of precision and playmaking capabilities resembles that of Cristiano Ronaldo which heavily favors their offensive style. The team also needs someone to challenge Karim Benzema for a spot in the starting 11.

Los Blancos fans will definitely be excited with the intrigue of Jovic as he enters Santiago Bernabeau.


Are you excited to see Luka Jovic suit up for Real Madrid? Can he fill in the void that Cristiano Ronaldo left? Let us know what's your ceiling for the 21-year old.