Kemba now? Are the Boston Celtics in desperate need of a star? 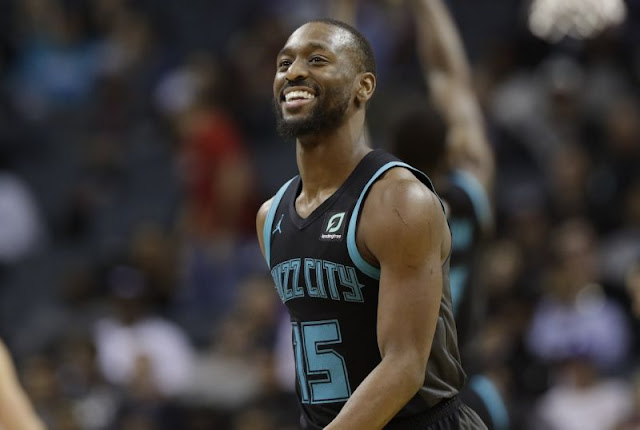 Kemba Walker is finally getting the credit he deserves. He has been in high demand by legitimate contending teams since he declared for free agency.

After spending eight seasons of his career with the Charlotte Hornets, suitors are beginning to emerge in the hopes of winning his services.

Reports now say that Walker will be targeted by both the Boston Celtics and Dallas Mavericks as well. That is on top of the Los Angeles Lakers, New York Knicks and the Hornets.

It's going to be one busy free agency period for Walker once it opens on June 30.

Will Walker finally get paid?

Walker was selected ninth overall by Charlotte in the 2011 draft. He became the franchise's de facto go-to guy ever since.

He has played like a superstar for his whole career but everybody was shadowed by the team's struggles to end their season with a winning record.

Even the Hornets were turning a blind eye as they only offered Walker a four-year, $48 million extension the during the 2014-15 season.

Walker outplayed that price tag by giving the Hornets three consecutive All-Star seasons in which he averaged 23.2, 22.1 and 25.6 points per game.

Walker should be line for a massive payday now.

Walker will still be underpaid

Walker was named All-NBA Third Team this season. It means he is eligible for a supermax contract worth $221 million for five years. That is he signs with the Hornets.

However, Walker said on the record that he would consider taking less money though. It means the Hornets will have another excuse to shortchange him again under the guise of adding pieces around him in an effort to build a legitimate contender.

But would Walker be willing to take significantly less if it were the Lakers, Knicks, Mavericks, or Celtics?

The feasibility of Walker in Boston

The Celtics are already thinking of their Plan B shall they lose All-Stars Kyrie Irving and Al Horford in free agency.

Walker would cancel out Irving's departure of that happens. Walker will be playing with That young talents like Jayson Tatum and Jaylen Brown who have proven they can carry a team as much as Walker could. Then there is Gordon Hayward who serves as the core of the team.

Walker is a score-first point guard just like Irving is. It's something the Celtics are already familiar with in that starting lineup.

Hayward is still feeling the effects of his serious leg injury and having Walker will definitely help ease that pressure.

Terry Rozier is another player that might leave Boston. The restricted free agent doesn't have a choice especially if teams make exponential offers for a player with a penchant to score in bunches like Rozier

The headline of this will definitely be the Celtics breaking even with Walker.

Is Dallas feasible for Walker?

The Mavericks have an interesting lineup in which Walker might not be a good fit.

Yes the team needs an explosive scorer but if last season gave you any indication of the team's needs, a point guard, especially a score-first one like Walker isn't one of them.

The team's starting point guard Dennis Smith Jr. immediately disappeared and was packaged in a trade for for Kristaps Porzingis.

The Mavericks will reportedly offer Porzingis a five-year, $158 million max contract which raises the question of how much will be left for Walker?

Then there is the challenge of forcing to play Walker off the ball to give way for Doncic at the point. Sure Walker is a huge upgrade for Smith Jr. on all aspects but it's not a need they have to address at the moment.

Plus, Porzingis play a lot on the outside on offense and there is such a thing called too much space.

Bottom line: Walker will struggle to find his identity in Dallas.

Where should Kemba Walker go next season? Comment down below where you think he should play.