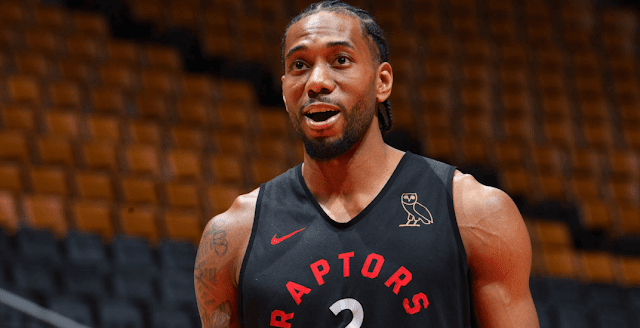 Speculations are regardless of the outcome of this year's NBA finals, Leonard is going to seek pastures wherever he think it is greener.

The harsh reality that Toronto may not get its superstar back next season stings and the city will not hesitate to throw as much as it can to convince Leonard to stay.

Blockstation, a Toronto-based financial company has offered to pay Leonard's salary up front if he re-signs with the Raptors on a five-year deal. That will be on top of the actual money he will receive from his playing contract.

The company provides end-to-end digital asset trading platforms for stock exchanges. It means that the public will have the opportunity to invest in Leonard through a "Kawhi Coin" Security Token Offering listed on a national stock exchange.

This will allow Leonard to receive his money up front.

Businesses all over the city have offered Kawhi a plethora of reasons to stay in Toronto such as a free penthouse and a lifetime supply of food in an effort to keep him around.

Another Raptors fan that is bribing the Raptors superstar is IndyCar Series driver James Hinchcliffe. The Toronto native has joined the campaign to convince Leonard to stick around.

“I was going to offer that I’ll put a picture on my helmet and offer him two free passes to any IndyCar race I’m competing in for the rest of my career if he stays put,” Hinchcliffe said.

Of course, it's unknown if the NBA would even permit these types of bribes.


WIll Kawhi Leonard stay in Toronto? Will the NBA allow him to accept such offers? Leave a comment and let us know your thoughts.