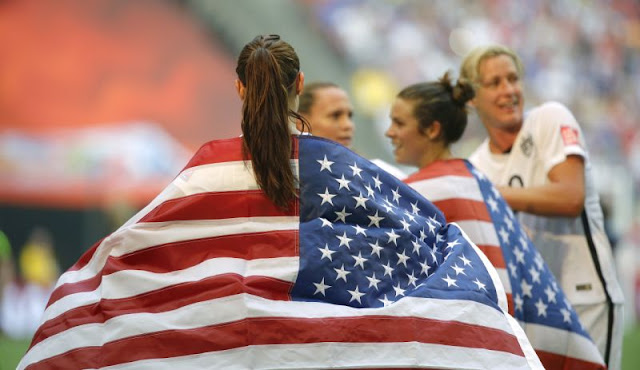 U.S. Soccer's national ruling body is still arguing about it women’s national team not being entitled to equal pay compared to its men's team.

The issue stems from the face that both teams do the same amount of work but it's the women who get less money.

The United States Soccer Federation filed its answers and affirmative defenses to the women’s wage discrimination lawsuit from March, the latest escalation in a long-running equal-pay fight.

Every member of the women's team signed to a suit which was served in California. The suit states an alleged “institutionalized gender discrimination” and systemic inequality between the men's and women's soccer teams.

Both programs were said to have inequality in both monetary and in playing and travel conditions.

The federation denied most of the allegations in the complaint. The women's team responded by saying  “We look forward to a trial next year.”

This issue is a PR nightmare for U.S. Soccer given how its rather better performing teams are facing such issues just months before it begins its World Cup title defense in France.

U.S. Soccer is also arguing that the disparity in pay in most years is a function of different pay structures: Women are full-time employees with benefits, while the men are paid entirely in bonuses.

In their defense, the women willingly and knowingly signed a collective bargaining agreement just over two years ago. This would mean they agreed to be payed less than the men.

U.S. Soccer is a non-profit federation but their willingness to continue focusing on revenue is where its argument falls flat.
A non-profit has no standing to reduce a moral quandary to money. The point of non-profits is to exempt them from income taxes and fiduciary obligations to shareholders in order to focus more on its reasonable cause.

The purpose is to break even and it will only take a few to bridge the pay gap between the two teams. The focus on revenue should be to bridge that gap especially when the lesser-paid team performs better.

Right now, the U.S women's soccer team still get nothing in their fight for equal pay but this may turn out to be a scary moment for the federation shall a strike ensue.

It's better to pay them their worth instead of creating drama in the midst of an important title defense.


Should the United States women's soccer team be paid more? Are the arguments on both sides valid? Tell us how you think this issue must be resolved.