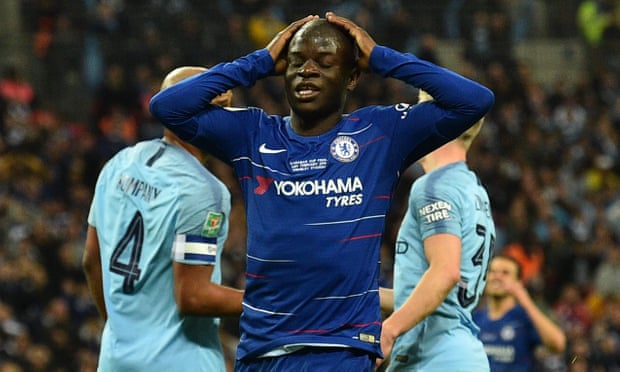 Chelsea’s N'Golo Kante will miss Chelsea’s Europa League final showdown with Arsenal on Wednesday. The midfielder sufferer a knee injury during a training session this weekend.

The Frenchman has already missed Chelsea’s two most recent fixtures due to a hamstring injury. First was their Premier League finale and then the second leg of the UEL semifinals.

Kante was on course to be fit and available from the start when the London giants meet in Baku, Azerbaijan.

The problem though is that his latest injury has all but ruled him out with one final piece of silverware on the line.


News publication The Guardian reported that the injury occurred when Kante made a challenge to win the ball during Saturday’s training session.

It is undetermined at the moment how serious the injury is but it was reported that the 2018 World Cup winner left the field in “clear discomfort.”

Kante will undergo the requisite examinations to determine the severity of the injury.


Is Chelsea in trouble?

It is very unfortunate that Kante’s injury happened at the most inopportune of times. Chelsea is a victory away from winning the Europa League championship.

Kante’s absence will slim down those chances against a speedy Arsenal team led by Pierre-Emerick Aubameyang.

If Kante’s injury turns out to be serious, it may keep him out of action into the start of next season.

The Blues are already dealing with its season-long transfer ban which prevents them from signing even a single replacement. This puts the club in a world of trouble.

The club is already missing Antonio Rudiger (knee), Callum Hudson-Odoi (achilles) and Ruben Loftus-Cheek (achilles) for the final. All are out with long-term injuries.

Chelsea will need to put up a hard fight come Wednesday.


Will Chelsea be able to win without its star midfielder? Leave a comment and tell us what you think.