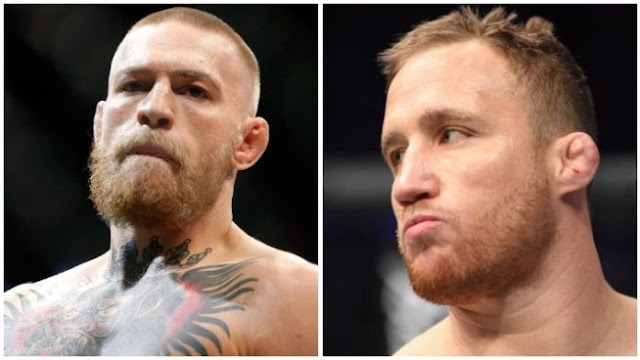 Conor McGregor has been feuding with Khabib Nurmagomedov and his manager Ali Abdelazi for some time now.

Nurmagomedov's manager has not been spared from provocations from "The “Notorious.”

McGrefor has gone as far as extending his personal digs to his rival's manager. Abdelaziz continues fires back at McGregor as well with every chance he gets.

This time however he offers something the Irishman might not resist. Abdelaziz happens to have another client capable of selling fights:

His name is Justin Gaethje.

Abdelaziz Has A Proposal For McGregor

Abdelaziz hasn't stopped with trying to get to McGregor. He even tweeted a propsal saying:


“Yo, McTapper. You’re offered to fight [Justin Gaethje], you going to man up and fight, or your soul still hurting from that ass whipping? Justin will take you to a different level of deep waters.” - @AliAbdelaziz00 on Twitter.

The problem is that McGregor is currently facing numerous legal troubles.

He pleaded not guilty to charges which stemmed from an incident involving McGregor smashing a fan’s cellphone.

Another one is  a lawsuit from UFC fighter Michael Chiesa over the April 2018 bus attack in Brooklyn.

The most serious one is an alleged sexual assault by McGregor in Ireland.


Is Gaethje on McGregor's level?

It took some time for Gaethje to live up to the hype he was billed for when he arrived to the UFC.

He started off his UFC career with a 1-2 record. Gaethje impressed with an entertaining slugfest against Michael "The Menace" Johnson. He would then suffer back-to back setbacks against then Lightweight Champion Eddie Alvarez and current division titleholder Dustin Poirier.

Gaethje regained footing in his last two outings. He knocked out both James Vick and Edson Barboza with one punch.

Living up to his nickname “The Highlight,” Gaethje has yet to walk out of a UFC bout without a bonus check.

A fight with McGregor is reasonable rankings wise which makes it all the more a good deal to have these two fight. All Conor has to do now is to agree.


Do you think Conor McGregor vs. Justin Gaethje is a possibility? Tell us how much you want to see this fight to happen.