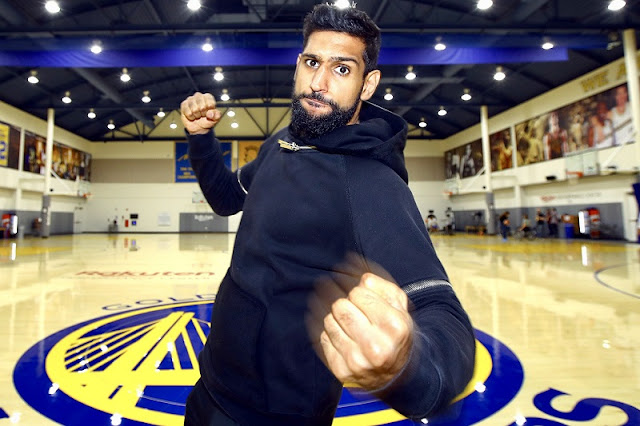 Fresh out of his TKO loss to Terrence Crawford, Amir Khan is dreaming big as he considers fighting Conor McGregor as one of his options moving forward.

Khan wouldn't want to go out the way he did against Crawford and looks to have a pay-pre-view offering.

The Bolton man's last fight has been criticized after a low blow saw trainer Virgil Hunter call the bout off.

The former world champion plans to make a comeback without Hunter in his corner the next time around.

Kell Brook seems like a logical option for Khan shall a deal to fight McGregor not push through.

The Irishman seems to be more keen on competing in a bare-knuckle battle with Paulie Malignaggi than a structured boxing match.

The 32-year old Khan is looking for a huge payday given how McGregor shared the second biggest Pay-Per-View figures of all time with Mayweather in 2017.

Truth be told, Khan does not have enough recognition to convince ‘The Notorious’ to return to the squared circle.

McGregor seems to be trsnditioning into the boxing scene. He fought a boxing match for the first time since Mayweather at his old stomping ground in Crumlin.

After easing through an exhibition draw at Crumlin Boxing Club, it seems like he will stay in the sport fir the meantime while issues with the UFC are still being sorted.

Khan seems to want the two-weight UFC ruler so badly. It is even uncertain if McGregor will indeed chose boxing as his next move.

“I mean it’s business, isn’t it?" Khan told talkSPORT. Furthermore, he explains how he just wants to make "great business" like Floyd Mayweather.

“We all learned from Floyd Mayweather – how he makes fights happen," Khan said.
The billing for a potential Conor McGregor vs Amir Khan fight would be "England vs Ireland." These matches seem to be big deals when big name stars are involved.

The wears and tears of being Manny Pacquiao's sparring partner for years has took its toll.

Khan used to say he can take Pacquiao's punches but obviously he dulled down his chin too early in his career. He has faced fierce trolling from US fans and fighters alike as he is evidently KO-prone

Some even accuse Khan of taking the easy way out against Crawford. That's what makes the idea of challenging McGregor a means to earn easy money.

Is Amir Khan looking for easy ways out? Will Conor McGregor bite onto the challenge? Let us know what you think.