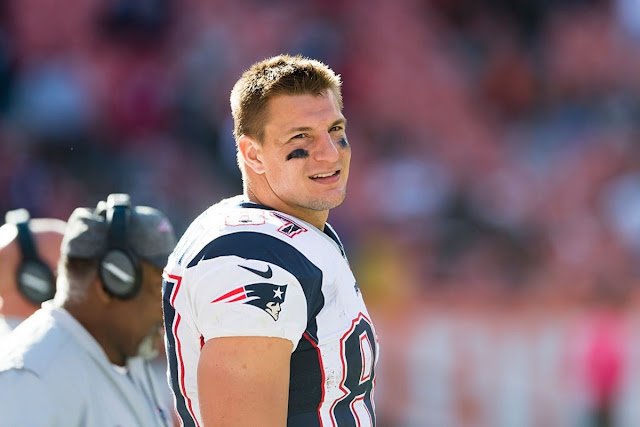 A win would give "Gronk" a happy ending to an entertaining NFL career but a loss will probably make him contemplate.

Gronk is one of NFL's all-time great tight ends. He is also one of the most colorful characters in the sport.

He's a large guy with an even larger personality. This is Gronk's ticket to a life after football.

Some NFL players who are smart enough to quit while ahead happen to find good opportunities at an early point in their lives.

Gronk for example is just 29 but he has already made a ton of appearances such as talk shows and WWE. His knack for partying hard opens up a lot of opportunities in the clubbing scene as well.

Hollywood will definitely have use for a charismatic 6-foot-6, 265-pound stud as well shall Gronk follow the footsteps of former NFL players such as Terry Crews and Carl Weathers.

Speaking of the WWE, a lot of former football players try out at the WWE Performance Center every year. Gronkowski may join the next batch shall he retire after Super Bowl weekend.

“He likes being on camera," says teammate Chris Hogan I wouldn’t be surprised if you see him on camera after he’s done playing. Some action movies, like The Rock. He could be the next Rock," he added.

Another career option for him is MMA but he hasn't openly considered it yet. Maybe a
Gronkowski fitness line might work for him as well.

"I’ve always thought I would want to be a part of the fitness world, the fitness industry," Gronkowski said.

Right now the options are limitless for a man like Rob. All ideas seem to be fit for him shall he retire from football for good.


Should Gronk retire after the Super Bowl? What career do you want to see him embark on next? Let us know what you think.