Should Zion Williamson Slow it Down? 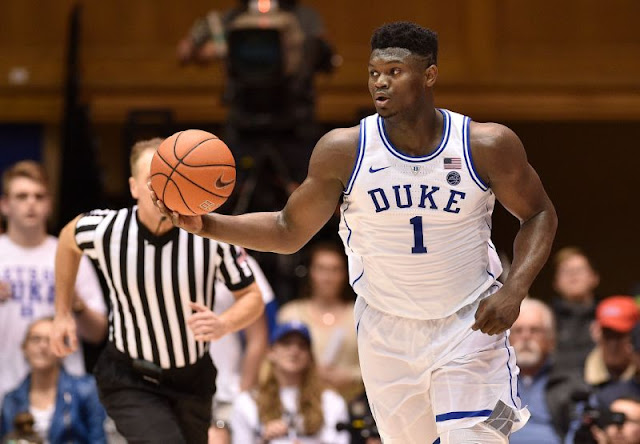 College sensation Zion Williamson has already been NBA-ready since his prep days but unfortunately for the Duke freshman, he still has to undergo a year in college for formality.

Williamson is already projected as a top pick on most mock drafts with the exception of teammate and fellow freshman RJ Barrett.

At 6'7, 280 pounds, there is no doubt that Williamson is pretty much capable of handling the physicality of the NBA with the combination of a freakish leaping ability on such a heavy built.

With his fate as a future star in the NBA already sealed, should he be smart and slow it down?

If you look at guys like Tracy McGrady and Vince Carter, and all other insanely athletic high flyers who played in the NBA, they all made the same mistake on focusing on highlights rather than wins.

Sure their ability to make each dunk a highlight has won them games and brought them to Playoffs but for how long? That might be the path Williamson will be treading shall he not slow it down.

For sure people will say "how come LeBron James?" The truth is that LeBron actually plays intelligently. His highlights only come from opportunity and not forced upon.

There is actually nothing wrong shall Zion choose to do the same in the NBA but using all that highlight mileage up in college might not be the best decision.

NBA legend Scottie Pippen actually shared his opinions on ESPN’s “The Jump," saying that Williamson should sit out the rest of the season to protect himself for the NBA Draft.

Furthermore, Pippen explained that Williamson probably has locked up the biggest shoe deal and definitely going to be the No. 1 pick, which is why he should call quits on his college career as he could risk a major injury and hurt his career.

Ironically, McGrady was on the same show and agrees with Pippen on Williamson having to save himself for the draft.

As of right now Williamson averages 21.2 points, 9.4 rebounds, 2.0 steals and 1.9 blocks per game. Those are statistics that get people drafted at the top spot.

There is no sense in him trying to prove something proven and must focus on bigger things such as the NBA Draft Combine and the draft itself.

He should actually start meeting with lottery teams already and start selling himself outside his basketball talent.

Duke has around 14-plus games till March Madness and that puts Williamson at risk for 14 more times before the pros start knocking.

Williamson still holds the final decision on his college career. We may or may not see it again at Duke but the highlights will definitely continue shall he play it smart.


Should Zion Williamson call it quits? Will he play come March Madness? Leave a comment and let us know your thoughts.