Pogba Shines as Player of the Month for United 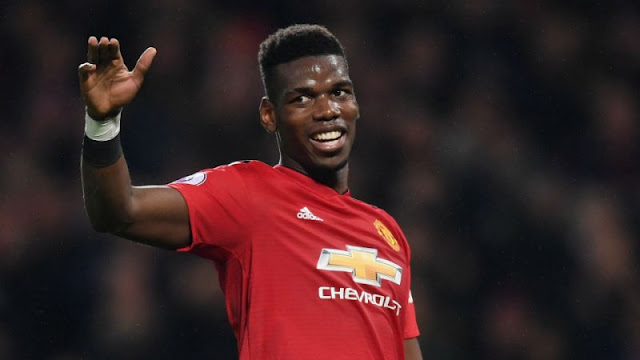 It seems like it's a change in management that has brought new life to Manchester United's most expensive player.

The 25-year old midfielder has been named Manchester United's Player of the Month for December.

He seems to have found his grove again with a spectacular upturn in form since Ole Gunnar Solskjaer took over as caretaker manager.

Solskjaer was looking to make his mark in his first day as caretaker manager when he reinstated Pogba for their fixture against Cardiff City.

The effect was immediate as Unided thrashed Cardiff 5-1. Pogba made two assists in that game.

He then scored a brace in United's 3-1 win over Huddersfield Town in the next game then,  another double and an assist in United's 4-1 triumph over Bournemouth.

The string of impressive performances under Solskjaer suggests that he knows how to utilize Pogba's strengths.

Pogba has been heavily criticized as his shaky relationship with Mourinho has taken a toll on his performance for United.

United's superstar midfielder was buried under Mourinho's vendetta when he refused to entertain the idea of Pogba as captain under his regime earlier in the season.

The entire team has seen better days since the Portuguese manager's sacking on December 18.

A proof of Pogba having better days at United is the fact that just a little past halfway through December, he was benched in Mourinho's final game as manager in Old Trafford.

United lost to 3-1 to Liverpool that day.

Pogba was also did not start for the team's Premier League fixtures versus Arsenal and Fulham.

To prove how better Manchester United is post-Mouriho, fellow Pogba's teammates Marcus Rashford and Jesse Lingard were the other two in the running for the award.


Will Pogba continue his string of impressive performances under Solskjaer? Should Solskjaer be named permanent manager for United? Leave a comment and let us know your thoughts.