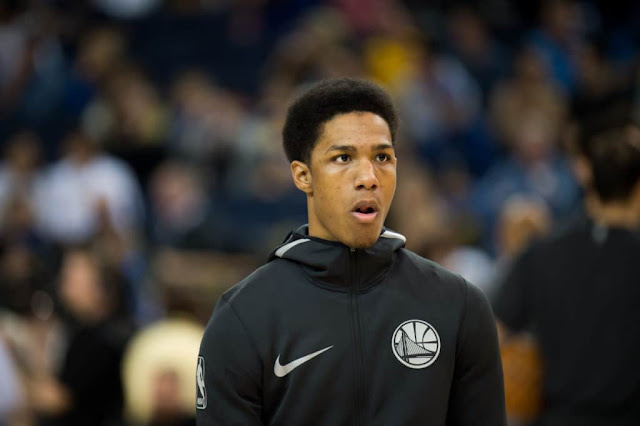 Patrick McCaw finally ended his tenure with the Golden State Warriors after the team refused match the offer sheet given by the Cleveland Cavaliers last December 28.

The backup guard has been a free agent since July before being given an offer by the Cavaliers.

The Warriors showed no interest in matching the said offer, officially ending McCaw's era with them.

Despite spending his entire NBA career as a champion, McCaw's NBA career was underperforming as a borderline reserve point guard for the Warriors.

He struggled to find his game behind Stephen Curry, Shaun Livingston, and also Quinn Cook who overtook him on the rotation.

The 23-year old guard attended the Cavs practice on Monday, where he was interviewed by the press about his stint with the Warriors.

"I loved playing in Golden State. My teammates, the coaches, it was nothing really … nothing stands out to me to say I didn't want to go back," McCaw said.

Furthermore, he explained that "It's just a personal thing, and I wanted a new opportunity to move on."

He holds no ill will though against his now former team's management, staff, and players.

McCaw feels that he has ore to offer which is why he sought bigger opportunities elsewehere. Unfortunately for him, no team showed interest until the Cavaliers made an offer.

It is close to impossible to stand out especially if youa re playing behind stars such as Curry and Klay Thompson.

Even Livingston and Cook, aren't even close when it comes to stats. Having to play behind really good at basketball players can make or break you depending on the minutes you are alotted.

The Cavaliers offered McCaw a contract worth $6 million for two years. He is about to prove he is worth even half of it in eight days as the team

McCaw has about eight days to prove to the Cavs that he's worth $3 million. They can release him before Jan. 7 and not have to pay him anything.

His now betting on himself that his underperformance with the Warriors is a product of his scarce minutes.

Let's just hope the already guard-heavy Cavaliers really have something for him in the first place.

Is Patrick McCaw worth signing? Will he have a place in the Cavaliers rotation? Leave a comment and let us know your thoughts.