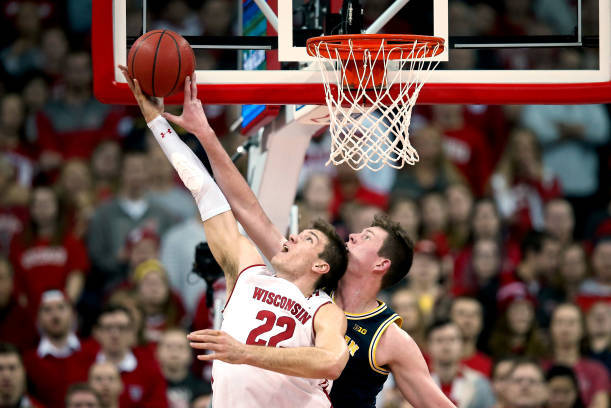 The No. 2 ranked Michigan Wolverines are no longer undefeated as the unranked Wisconsin Badgers scored a 64-54 upset at the Kohl Center in Madison, Wisconsin on Saturday.

With the Wolverines' recent loss, only No. 4 ranked Virginia Cavaliers remain unbeaten in the NCAA right now.

Wisconsin forward Ethan Happ scored 26 points, and added 10 rebounds and seven assists. The senior forward was key to the team's improved record of 12-6 overall and 4-3 in Big Ten play.

Michigan on the other hand fall to 17-1, with a Big Ten conference record of 6-1. There should be no cause for panic for the Wolverines however as they are still one of the top teams in their conference.

As for Virginia, they put their winning streak on the line as well when they visit the No. 1 Duke Blue Devils on Saturday night.

Michigan was off their game from the start as freshman and leading scorer Ignas Brazdeikis was shooting a poor 0-of-5, and was scoreless the entire game. Senior Charles Matthews only had five points.

The Badgers started pulling away as Happ made a number of huge plays for his team as they led by six with just over four minutes left.

No reason to panic

The Wolverines may have failed to remain unbeaten but still sit on top of the Big Ten standings and are still the team to beat at the moment.

Michigan is still poised to earn a high seed come March Madness. Wisconsin needed it more as they lost four of their previous five games.

Wisconsin will be facing  Illinois, Northwestern and Nebraska in the hopes of getting back inside the Top 25.

Michigan on the other hand will look to bounce back as they face Minnesota and Indiana in succession.

What do you think of the upset? Will Wisconsin break into Top 25? Can Michigan remain atop the Big Ten rankings?