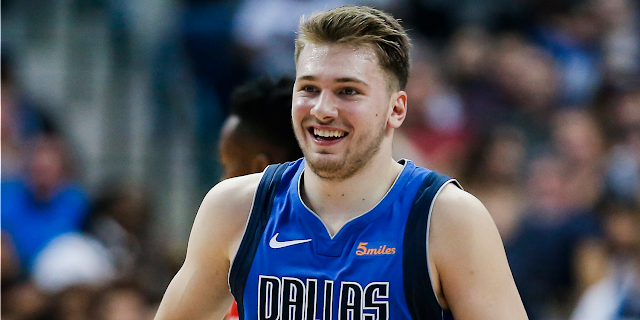 Luka Doncic has been making waves since his days as a teenager playing at an elite level in Europe. The expectations for the 19-year old grew as he declared for the NBA draft.

The Atlanta Hawks selected him with the 3rd overall pick at draft night before trading his draft rights to the Dallas Mavericks in exchange of another rookie with a ton of hype in Trae Young.

Both parties won in that trade as the two teams got what they needed but the spotlight shines brighter on the Mavericks' all-rounder.

Unlike Young who prefers to be a gunner at the point, Doncic has preferred to contribute in any way possible, not hesitating to dish out assists and help out on the boards.

Despite that, Doncic currently leads his team in scoring with 18.3 points per game.

Being molded in one of Europe's best teams since the age of 13, the Dallas Mavericks knew what they were getting from Doncic.

His multiple accolades, including the youngest EuroLeague MVP is a testament to how Doncic still has an upside despite being fully a developed professional.

His playing style is nothing flashy but he manages to get the job done. His high basketball IQ is the biggest asset in the Mavs' more structured setting, which used to be built around Dirk Nowitzki.

He has been atop the Kia Rookie Ladder for the fifth straight week since the season started. Even Phoenix Suns rookie and No.1 overall pick DeAndre Ayton only comes a close second.

Some would even make a case that Doncic has got this season's Rookie of the Year award in the bag.

Doncic has been appearing regularly on highlight reels not for fancy dribbling or poster dunks but for his proficient use of his basketball IQ.

He would be seen every now and then assisting a highlight-worthy shot or some of his genius work such as faking Rudy Gobert underneath the basket or getting past defenders through misdirection.

His late game heroics against the Portland Trailblazers was impressive as he finished with 21 points and 9 rebounds with 3 assists. Despite it becoming anybody's game early in the 4th period, Doncic seemed calm the entire time.

The Mavericks were high on Dennis Smith Jr. but his decent contributions have been effortlessly overshadowed by his rookie teammate.

Should the Atlanta Hawks regret the deal?

It isn't like the Hawks totally lost the deal because Young is still a good player in his own right. He is exactly what the team needs after Dennis Schroeder departed for Oklahoma City.

For sure Doncic may be better on paper thus far but this does not downplay Young's contributions. Like what is stated at the top of this article, both teams got what they needed.

Besides, any team that would have passed on Doncic might also feel the same as what people think the Hawks do.

Is Luka Doncic good as advertised? Will he win Rookie of the Year at the end of the season? Leave a comment and let us know what you think.