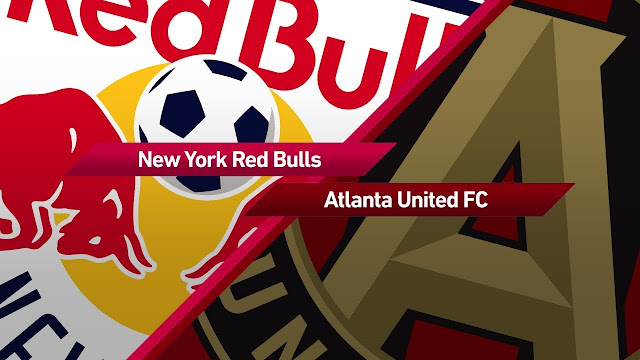 The stage has been set for the Final Four of the 2018 MLS Cup playoffs.

Sporting Kansas City will face the Portland Timbers, while on the other side of the bracket, we have the New York Red Bulls and Atlanta United.

The NY Red Bulls were almost eliminated when they first lost to Columbus Crew 1-0. They would then bounce back with a 3-0 win.

The Red Bulls' come from behind series victory made them them the favorites to win the MLS cup. thanks to the efforts of Alex Muyl and Daniel Royer in a "win or go home" game.

Atlanta is only entering its second year as a club but now sees themselves a game away from going to the finals. It will take more than Josef Martinez and Miguel almiron to stop a red hot New York.

The team announced that coach Tata Marino will not return for next season which is why they will have to get their head straight and make coach Marino's last season with United count.

The Red Bulls may have established themselves as a favorite but the late season stretch by United, accompanied by Martinez's single season record of 31 goals puts the momentum on the side of Atlanta.

New York will rely mostly on Royer for a counter attack, the same way he led his team to pull away from Columbus. If the Red Bulls get more from Muyl as well, they may have just booked their seat in the finals.

To make a bold prediction, Atlanta might just score an upset.

Will New York establish dominance or will Atlanta rally? Which side are you on?