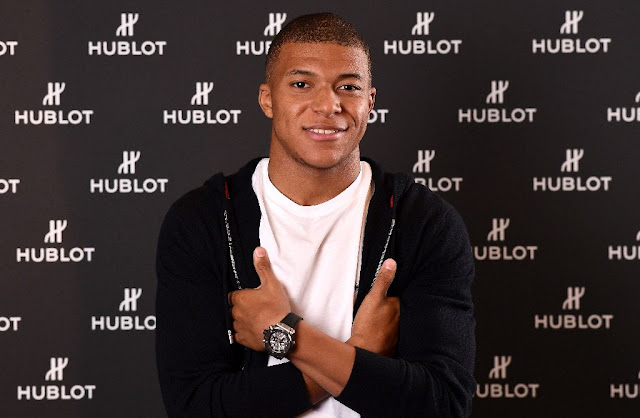 Kylian Mbappe may still be a teenager but his confidence has fueled him to accomplish a lot at such a young age.

The Paris Saint-Germain star is confident that his impressive performance at this year's FIFA World Cup will help his campaign to become the 2018 Ballon d'Or winner.

Mbappe even went as far as saying that Cristiano Ronaldo and Lionel Messi have no chance of winning the most prestigious award.

Mbappe was one of the most important players for France in the World Cup. He helped France win over Croatia 4-2, becoming only the second teenager to score in a World Cup final since Pele did in 1958.

His performance won him the Young Player of the tournament award. He would then carry on to be Ligue 1's leading scorer in a PSG team that features Neymar and Edinson Cavani.

Mbappe told AFP in an interview that "Nobody is doing better at the moment and we can't say it's the end of their (Messi and Ronaldo) era because it will only end when somebody else does better than them."

He also added how this year is a World Cup year, and that it takes precedence when it comes to the consideration for the Ballon d'Or. Mbappe believes that neither Messi nor Ronaldo will win the award.

The PSG forward believes that the Ballon d'Or is his to win this year. It is also notable that the last Frenchman to win the award was Zinedine Zidane, who also led his team to win the 1998 World Cup.


Will Mbappe win the Ballon d'Or this year? or will Messi or Ronaldo grab another one from the rest? Leave a comment and let us know who you pick.