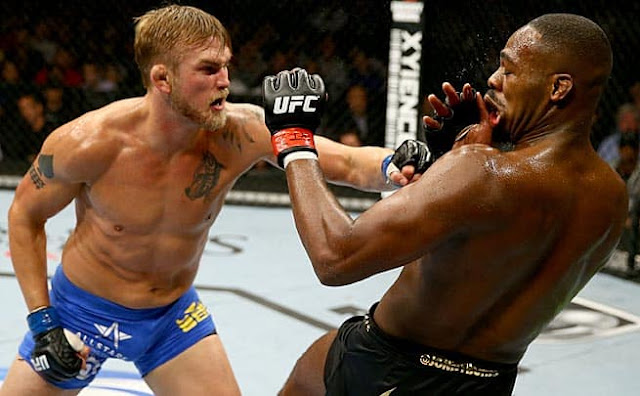 Nobody is as excited as UFC Light Heavyweight Alexander Gustafsson upon hearing the news that former Jon Jones has been cleared to return.

Gustafsson, who gave Jones the toughest challenge of his career in a fight that ended in controversy now seeks redemption. The former title challenger wants the fight to happen at UFC 230, a card with no main event yet after one of its fighters backed out.

UFC President Dana White isn't eager to throw his moneymaker in this early. White and Jones' manager Malki Kawa are working things out to get the former champion back in the octagon by the beginning of next year.

It was five years ago when Gustafsson suffered a controversial unanimous decision loss to Jones at UFC 165. In that fight, he was able to take Jones down for the first time in his MMA career, as well as cut him above the eye.

Many believed that Gustafsson should have won that fight but he himself got caught up in the setback. Instead of a strong recovery from the setback, he suffered significant losses to  Anthony Johnson and Daniel Cormier respectively.

Gustafsson looks to redeem himself from the loss to Jones as he actively campaigns for Jones to be his next fight.

Gustafsson is in a long layoff as well as he recovers from his own injuries, on top of his scheduled opponents getting injured during the time that he is healthy.

The Swede doesn't mind fighting Jones at Heavyweight if needed since both are big light heavyweights. A fight with Cormier, who holds straps on both divisions is eyeing an inevitable showdown between him and Brock Lesnar for the UFC title.

"That's the only fight that really makes sense right now," Gustafsson said. Whether or not he gets his wish, he is guaranteed to take this fight more seriously the second time around.

Does Alexander Gustafsson deserve to fight for the title? Does a match with Jon Jones in both their return fights make sense? Let us know what you think.