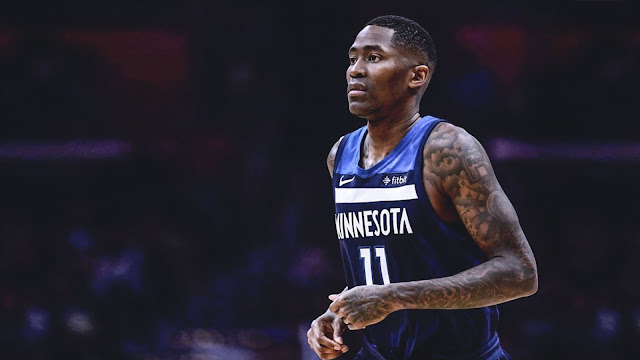 18-year NBA veteran Jamal Crawford seeks to win a championship ring as his playing days reaches its twilight. The journeyman looks to play for a team that gives him a better chance of doing that.

Jared Wiess of The Athletic said that there is mutual interest between Crawford and the Boston Celtics. According to him, the Celtics are interested in Crawford as they are looking for more 3-point shooting.

Furthermore, he said that "he wants to be in a position to win a championship, so he wants to sign on with one of these title teams."

The 38-year old Crawford is still a valuable asset to teams that want offensive production when their starters are rested down the stretch. Crawford has won the NBA Sixth Man of the Year three times with three different teams, a testament to what he can provide off the bench.

His scoring averages have decreased compared to his prime however, he still manages to put up double digits. The last time he averaged below that was in his sophomore season.

What Jamal Crawford means to the Celtics

Crawford is known for his incredible ball handling skills and scoring in bunches. This allows the Celtics to have an Irving-esque firepower when their star rests.

Also, young guns like Jaylen Brown and Jayson Tatum have proven their worth as starters, which is why veterans Gordon Hayward and Al Horford will most likely be asked to go up in position.

Having Crawford on board with the team now puts him in a still decent second unit of him, Marcus Smart, Terry Rozier, Marcus Morris, and a toss up between Aron Baynes and Daniel Theiss.

Defense might not be Crawford's cup of tea but the rest of his team has got him covered on that. Besides, the Celtics are interested in his potency on offense and not his subpar defense.

Having Jamal Crawford on a Celtics mean an additional 10 to 15 points per game in a team with already a lot of offensive firepower.

Will Jamal Crawford finally become an NBA champion with the Celtics? How valuable will he be for the Celtics? Let us know your thoughts.