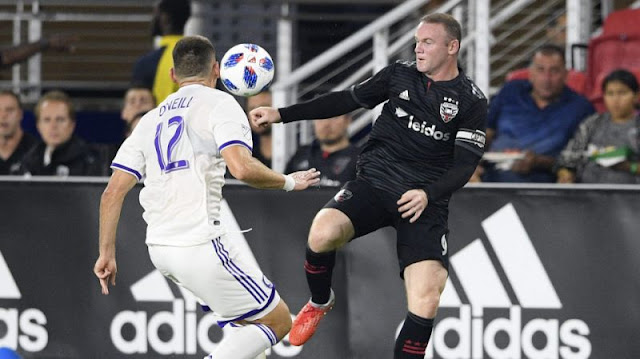 Wayne Rooney is regarded as one of the best English football players of all time. Many were quick to conclude that this is the twilight of his career with a move to the Major League Soccer after 16 years in the Premiere League.


The play of the century

It only took six games with D.C. United for Rooney to tell the world that he is still here. DCU was facing Orlando City SC in a game that extended through stoppage time when Rooney delivered what might be the best individual play in MLS History.

The score was tied at 2-2 in the extra period when a cleared ball flew into Orlando City's favor. Rooney then unbelievably sprinted full speed to save possession tackling Orlando City's Will Johnson then crossing the ball from long distance to teammate Luciano Acosta, who then converted with a header.

See the video below:

Major League Soccer has had a reputation of signing stars way past their "world class" prime. Teams happen to pay these stars a lump some for the minimal effort they show.

Rooney was no exception to this stereotype as the past year and a half saw him transfer from Manchester United back to Everton, then to D.C. United. The 32-year old begged to differ however as evidenced by the effort he has shown throughout his short stint with his new team.

Known for his aggressive behavior at the pitch, Rooney has maintained a classy demeanour since arriving to the United States. Even as he enters his thirties, Rooney still continues to expand his game into multiple positions as he continues to create for teammates.

DCU's next game is on August 20 as they play against New England Revolution. Will Rooney deliver a repeat performance?

How high will you rate Wayne Rooney's save in the history books? Does Rooney still have a lot left in him? Let us know your thoughts.