Spurs' Manu Ginobili Announces Retirement After 16 Seasons in the NBA 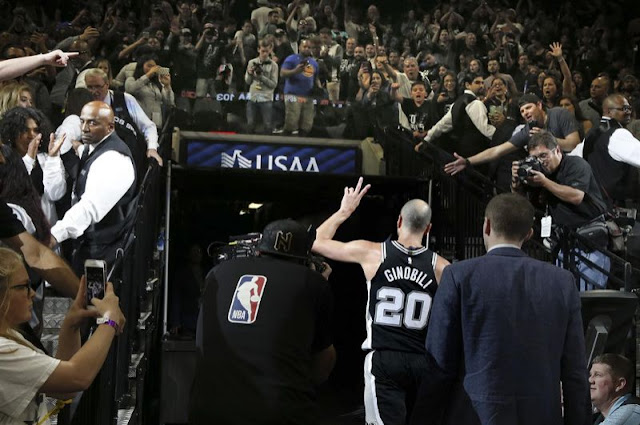 An era has officially ended for the San Antonio Spurs as Manu Ginobili announces his retirement, wrapping up a 23-year basketball career (16 of which spent playing for the Spurs).

Reports have surfaced a week prior that the 41-year old was seriously considering retirement. Ginobili made his retirement official Monday afternoon.

The two-time NBA All Star made his announcement in on his Twitter account saying in a quote:

"Today, with a wide range of feelings, I'm announcing my retirement from basketball. IMMENSE GRATITUDE to everyone (family, friends, teammates, coaches, staff, fans) involved in my life in the last 23 years. It's been a fabulous journey. Way beyond my wildest dreams."

Ginobili, together with Tim Duncan and Tony Parker and coached by Greg Popovich had defined an era of basketball in San Antonio. The three were vital in the Spurs' string of successful NBA seasons.

They managed to become a team to beat despite not changing their tactics as they were able to adapt to the changes in the NBA landscape. Ginobili for his part can be credited for his dynamic play and professionalism, even as he was relegated to sixth man to add depth to the Spurs bench.

The Spurs managed to win four NBA championships in that span.

End of an era

This officially ends an era that defined the Spurs organization as the last piece of what was their "Big Three" has decided to call it a career. Only Parker is left still playing in the NBA but has since moved on as he signed a deal with the Charlotte Hornets this offseason.

The fallout between former Spurs star Kahwi Leonard and Popovich does not help matters for them. Their supposed future star has sailed atop the border in Toronto.

New pieces have arrived from what used to be a complete puzzle. With Demar Derozan, Lamarcus Aldridge, and Pau Gasol now the ones left with All Star credentials, Popovich will have to try and create a mold for his new system this late in his career.

Now that the inevitable change has finally hit the Spurs organization, expect a rebuilding process to happen in San Antonio.

What is your favorite Manu Ginobili moment? Let us know how you remember the future hall of famer.