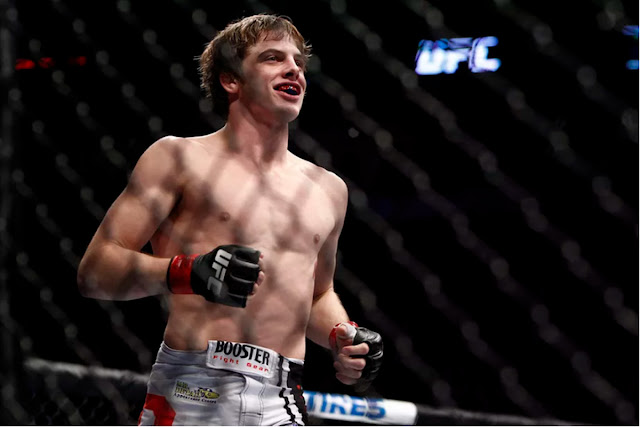 Former UFC Fighter Matt Riddle has reportedly signed a WWE contract according to multiple sources. He is said to be reporting at the WWE Performance Center as part of the NXT Roster.

The 32-year old initially received a WWE tryout back in participated in 2015 however, he was steered to work for the Evolve promotion, a company with close relations with the WWE.

Start of the end goal

When Matt Riddle left the sport of MMA in 2014, he had one goal in mind and that is to make it in the big leagues of Professional Wrestling.

He was already in the big leagues of his sport of Mixed Martial Arts back then which was the UFC but somehow, he was searching for a bigger payday.

As he ventured into the world of Professional Wrestling, he was already handed a lot more opportunities than others that worked harder for.

This is because of the fact that his name recognition for being a UFC fighter and his amateur wrestling background can easily become a marketing tool for indy wrestling promotions.

The self proclaimed "King of Bros" however did not disappoint as he has shown a drastic development in such a short time. Now, the sky is the limit for Riddle as he looks to fully develop his skills at the Performance Center once he reports there.

Riddle will be a big addition to NXT, that has been a home for both indie stars and homegrown studs to shine.

Riddle holds a 8-3-2 record in MMA. He spent almost his entire MMA career with the UFC, with only one fight outside the promotion.

His two wins have been overturned to a No Contest for failing drug tests. Riddle's continuous troubles with Marijuana use have not only led to him falling out with the UFC.

What Riddle's signing means for the WWE

NXT has had an influx of indie darlings signing for the big leagues. Superstars such as Keith Lee, Chad Lail, Mahabili Shera, and now Riddle are soon going to find themselves performing on TV and Pay Per Views.

Riddle has undeniable charisma which is already a plus on top of his in-ring ability. The spotlight is pretty much crowded however as former indie darlings such as Adam Cole, Roderick Strong, Kyle O'Reilly, Ricochet, Johnny Gargano, Aleister Black, Tommaso Ciampa, and now Lee have been the frontlines of NXT's limited airtime.

Whether or not Riddle will be immediately thrown into the mix remains to be seen. With SummerSlam fast approaching however, there is a possibility that there will be more room as the next batch of call-ups await their arrival to the main roster.

Will Matt Riddle be a star in the WWE? Who do you want him to feud with first? Leave your fantasy bookings in the comments below.