Chelsea Wins Against Newcastle on Yedlin Own Goal 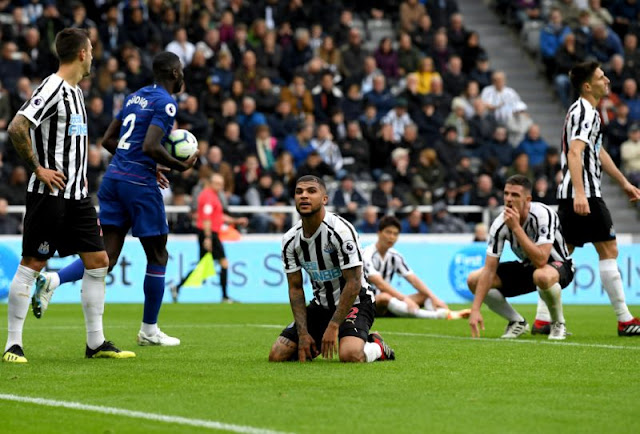 Newcastle United defender Deandre Yedlin became the hero and the villain for his own club in a span of four minutes.

For the first 75 minutes, the scoreboard was quiet when Chelsea's Marcos Alonso drew a penalty after Newcastle's Fabian Schär's scissor tackle from behind the box at the 76th minute. Eden Hazard then converted the penalty putting Chelsea up 1-0.

Then around the 83-minute mark, Yedlin would win possession at the right side upon which, he sent a cross to Newcastle striker Joselu for a header tying the game at 1-1.

Four minutes later, Newcastle's celebration would turn into woe as Yedlin's attempt to defend Alonso's shot across the penalty area resulted into an own goal which gave Chelsea the lead at 2-1.

The damage has been inflicted as Chelsea ends its seven-year drought at St. James Park.

The first three fixtures for this season has been tough for Newcastle United. After a scoreless draw at Cardiff City, the Magpies suffered identical 2-1 losses to Tottenham and Chelsea.

Yedlin's performance against Chelsea was impressive nonetheless. He did his best to contain both Hazard and Alonso despite an injury scare he suffered against Tottenham.

Newcastle will have another tough next two outings as they face Manchester City and Arsenal respectively after they face Nottingham Forest FC in the Football League Cup.

Will Deandre Yedlin bounce back strong? Will Newcastle be able to impress in their next three fixtures? Let us know what you think.