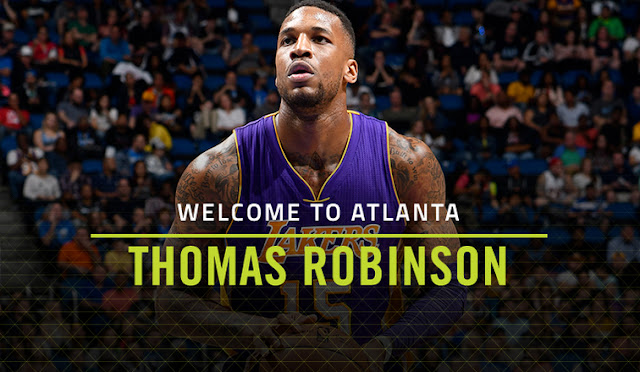 The Atlanta Hawks has just signed veteran forward Thomas Robinson. The terms of the deal have not yet been disclosed.

The no.5 overall pick in the 2012 NBA draft has played for several teams in a span of five seasons. His most notable stint was with the Brooklyn Nets where he played 71 games.

He spent the 2017-2018 season playing for Russian team BC Khimki in the Euroleague.

What Robinson means for the Hawks

Robinson is expected to be grabbing a few rebounds off the bench, as well as to become a reliever on the interior. He will once again see himself buried in the rotation of bigs, especially with the arrival of Alex Len.

Holdovers from last season such as Dewayne Dedmon, John Collins, and Miles Plumlee are definitely going to get more playing time than Robinson.

Also, the Hawks' offense might be built around the guards such as rookie Trae Young and also Jeremy Lin, who the team acquired in a trade during the offseason.

Spacing is definitely going to be an issue as the Hawks' centers all play in the post. Whether this acquisition is a good idea for the Hawks remains to be seen.

Will Thomas Robinson be given a chance to shine in Atlanta? Was this a good move? Let us know your thoughts.