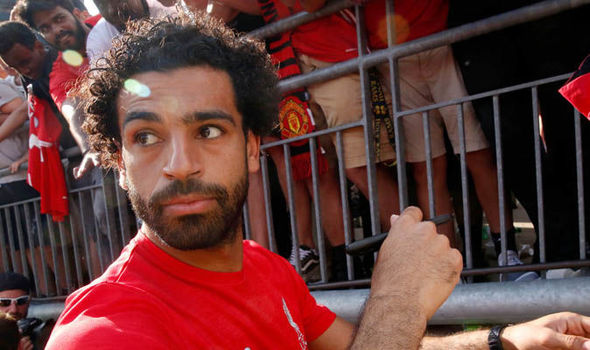 It is no secret that Real Madrid is in a aggressive hunt for a void to fill in. The departure of Cristiano Ronaldo to Juventus has left Los Blancos with no centrepiece as they go into next season.


As league rival FC Barcelona is rumoured to be looking to sign a big name, Real Madrid are  hiding their transfer cards on hand as well. They have been turning to France, Egypt, and England in the hopes of landing a big name.

One of those big names is Liverpool forward Mohamed Salah, whose name has been linked with the team prior to Ronaldo's departure. The Egyptian has tallied 44 goals across all appearances for the squad, which also helped Liverpool reach the Champion's League final.


Another person of interest

Apart from Salah, Real Madrid also reached out to English striker Harry Kane. The Tottenham standout has made a huge demand which caused Real to back out.

Kane has been impressive in this year's FIFA World Cup, in which he was the tournament's top scorer with six goals. The team captain for England won the golden boot for his performance.

Tottenham gave Kane an initial price tag of £280million, which caused Real Madrid President Florentino Perez to back out.


Desperate for a replacement

Real Madrid have been actively trying to pursue all the standouts they could possibly contact. They have reached out to Salah, Kane, as well as Paris Saint-Germain youngster Kylian Mbappe and Chelsea's Eden Hazard.

They failed to get Neymar's commitment as well since the Brazilian looks to make his mark in the French league. Mbappe has grown into a star of his own as well after an impressive performance for France in the World Cup however, the 19-year old prefers to make history in his home country.

Salah, Kane, and Hazard seem pretty much content with their current status as they choose to make waves in the Premiere League.

Will Real Madrid be able to land a star before the season starts? Who would you want to see in Santiago Bernabéu next season? Let us know your thoughts.