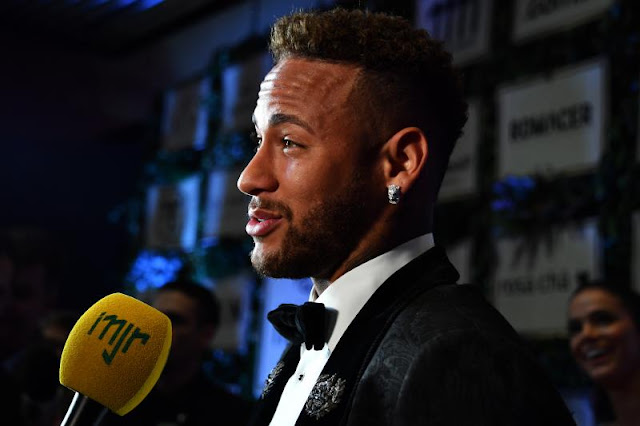 Rumors have surfaced that Paris Saint-Germain star Neymar is bound for Real Madrid. This comes in the light of Cristiano Ronaldo's departure to Juventus.

"I'll stay," Neymar said in an interview with Sacha Pisani of Goal. He further explained that he has a contract with Paris Saint-Germain, and that he chose to be there for the challenge.

"I won't change my mind about it. I hope we can have a successful season, with new silverware, too," he added. Neymar ended the interview by saying "The press enjoys creating rumours, but everyone knows how much I care about PSG."

In a report by El Transistor, they said that Paris Saint-Germain may be willing to sell the 26-year old Brazilian forward this summer. This comes in the light of a spectacular performance from PSG teammate Kylian Mbappe who has had a great outing at the 2018 FIFA World Cup.

Real Madrid have twice denied in public statements that they have any interest in Neymar. Speculations are strong however that Los Blancos are in the hunt for a big name star after selling Cristiano Ronaldo to Juventus.

There are also rumors about a possible interest in Mbappe after the 19-year old's performance at the World Cup, in which he was named Best Young Player.

Although letting one player, particularly a young one find his own way into stardom, the combination of Neymar and Mbappe on attack have shown a lot of promise for Paris Saint-Germain.

As the team continues to dominate Ligue 1, PSG is gearing towards winning bigger at an international level. With Mbappe's rise, the team will be a force to be reckoned with en-route to UEFA Champions League success.

Plus, they also have the chance to redeem themselves from getting knocked out of the Champions League early by Real Madrid last season.


Should Neymar stay with PSG? Will they finally find Champions League success? Let us know your thoughts.