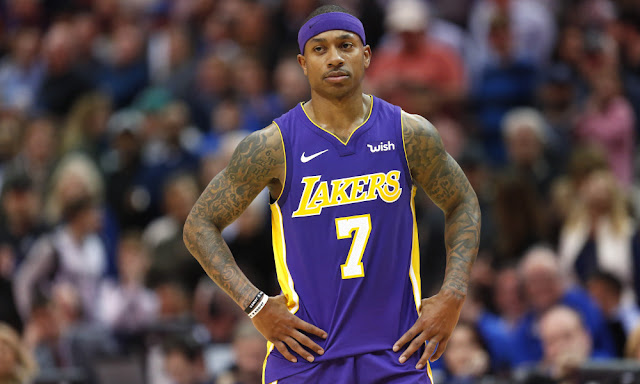 Former All Star Point Guard Isaiah Thomas has struggled to find form as he had one rough year to endure. One that saw him deal with a lengthy hip injury, traded twice, and see his usual numbers flash before his eyes.

To add to his woes, a humbled Thomas now has to settle with the veteran's minimum of a one-year, $2-million contract with the Denver Nuggets.

Thomas stated in an interview that he reached out to Boston Celtics owner Danny Ainge. In the 20-minute conversation, Thomas stated his intent to come back to Boston shall the opportunity open up.

Ainge entertained the idea according to Thomas. The only issue was that the Celtics were trying to work on re-signing Restricted Free Agent Marcus Smart, who has been vital to their 2017-2018 success.

Unfortunately for Thomas, he finalized a deal with the Nuggets just before Celtics and Smart have agreed to a deal.

Celtics coach Brad Stevens was able to get the best out of Thomas. After three and a half seasons bouncing around as a second option on offence, he found a home in Stevens' system with the Celtics.

Stevens was able to get the best out of Thomas on offers whilst hiding his defensive limitations. Thomas was able to make the All Star team twice (2016, 2017) and also finish fifth in MVP voting in 2017.

He managed to put up 23.3 points per game in the 2017 Playoffs despite dealing with a lingering hip injury, as well as mourning the loss of his sister.

Can Thomas can fix his future?

In 32 games, Thomas was still able average double figures in scoring with the Cleveland Cavaliers and the Los Angeles Lakers during the 2017-2018 season. This is despite still recovering from his hip injury and not being the main option on offense per se.

Now with the Denver Nuggets, Thomas will be a fourth option now behind Nikola Jokic, Paul Millsap, and Jamal Murray. It will be a tough task raising his stock for a full season especially as a back up for an emerging Murray at guard.

A man of Thomas' offensive talents however will also be a good trade piece given his price tag and potential interest from teams in need of some firepower.

It will be a bold prediction to say that Thomas will not end the 2018-2019 NBA Season wearing the same uniform but rest assured, it might be what increases his stock.

Will Isaiah Thomas be a good fit in Denver? Do you like to see him return to Boston before the Trade Deadline? Let us know your thoughts.