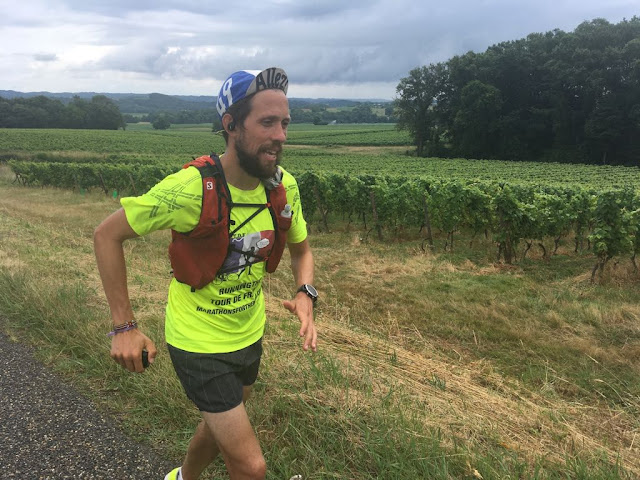 Tour de France is a tournament where the best of the best in the world of cycling come together to compete. Its test of endurance is like no other cycling-related sport which is why completing the entire tournament instantly makes you one of the best cyclists in the world.

As Usain Bolt may hold world records in the world of running and track, there is one man who looks to etch his name in the history books. British runner Peter Thompson was on a mission to run the entire Tour de France course by foot.

Not the first one though

Thompson's feat was not a history's first however as Zoe Romano, a runner from the United States was able to accomplish the same feat in 2013.

However, what makes Thompson's feat special is that he finished it all in 68 days, which is three days ahead of when the cyclists competing at the Tour de France are scheduled to finish the race.

Thompson made running his life. After scoring a marathon personal best of 2:25, he devoted every single day to beating that by training harder and eating better.

This took the fun out of running according to him as Thompson said "I needed a break."

Thompson then focused on the enjoying runs rather than hitting personal bests. A year ago, he started with running a marathon a day for 44 days straight spanning around each one of the 44 European countries.

He was able to raise $25,000, which he donated to a charity for mental health support and awareness.

Thompson began training six months prior to the start of the Tour de France tournament. He increased his mileage, as well as added some hill training and gym work.

Adjusting to the number of miles per day was the hardest part according to Thompson. “You have to adjust physically and mentally. Every day, I have the muscle soreness as if I’ve just run a marathon, and I’m really tired and hurting. I cannot think, I’ve got x number of days left. Every day is a bonus. Every day I’m out here is a blessing" he said.

During the entire course of his Tour de France route, Thompson tallied 2082 miles of running, 45,000 metres of climbing, while running 30 miles a day during the course of his 68-day journey.

He was also able to raise £20,000 for his entire journey. That makes it $1000 more than the previous amount he raised for his first cause.


Does Peter Thompson have a place in the record books for running? What records will he break next? Let us know what you think.