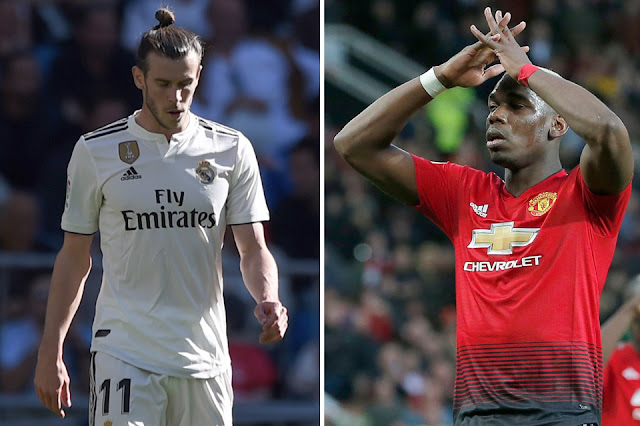 Superstar midfielder Paul Pogba's future at Old Trafford has been in doubt ever since the start of the season.

Issues with former manager Jose Mourinho caused the Red Devils side fail in their quest for a title.

It seemed like Pogba has yielded to the new management but doubts reemerged after he admitted that it would be a dream to play under Zinedine Zidane at Real Madrid.

Real Madrid took the admission seriously as they have shown genuine interest. They are exploring a possible swap deal involving Gareth Bale.

According to the Standard, United has no intentions of swapping their 25-year old midfielder for anybody. They said thatno amount of money would persuade them to sell.

Signs point to United deciding to cash in on Pogba's remaining two years on his contract.

It will be remembered that Pogba made what was then a world record signing for €105 million in 2016.

United still holds a crucial piece of Pogba's future as the club has the option to extend that deal by a further 12 months.

Pogba's contract are the least of the club's concerns at the moment.

They already started making sure they tie down Anthony Martial, Chris Smalling and Phil Jones to new contracts. They are now in talks with Marcus Rashford and David De Gea's conteacts.

Making sure they tie down the top goalkeeper is more urgent for this season. Pogba's on the other hand can wait till next season.

Solskjaer has big plans for the future of Pogba and the team. He looks to utilize Pogba's ability and leadership in midfield more next season.

It is undeniable that the Frenchman's performance improved since Solksjaer took over. The still interim coach believes there is still more to come for the 25-year old.

The team has been interested in bringing Bale back to the Premier League. They have considered acquiring the 29-year old winger on multiple occasions in the past.

Real Madrid has been looking to ship out Bale as well due concerns over the Welsh star's fitness record and large wages.

It is something United can afford to take a risk on but does it really have to cost them Pogba to do so?

What do you thing about a potential Pogba-Bale swap? Should Manchester United do it? Let us know what you think.