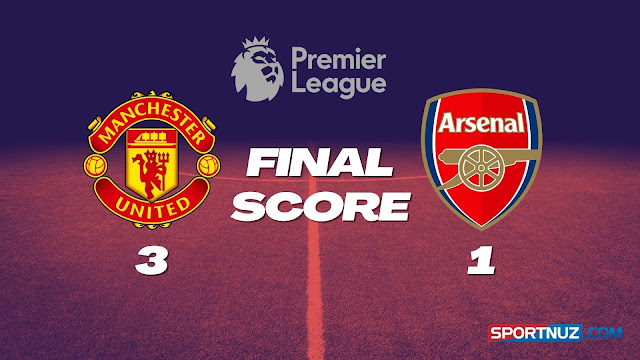 Brazilian Antony debuted strong for Manchester United as he and Marcus Rashford carried the team to a victory The Red Devils won Sunday's match 3-1 to end Arsenal's perfect start.
It was a strong showing for Antony, who made his first appearance for United after his former club Ajax reached a deal worth £82 million ($94 million) on Thursday.
The 22-year-old forward showed what he can offer the team with his flicks, tricks and purposeful movement. He also introduced himself to the Old Trafford crowd in the first 35 minutes.

While Antony was the highlight of the match, Rashford also had a hand in pulling away with two goals after Bukayo Saka hit the equalizer for Arsenal.
Antony made the most of his opportunity as he was replaced by Cristiano Ronaldo in the second half. The win was the team's fourth successive victory and it puts United up in fifth place.
For more SportNuz, click here for the latest updates
Arsenal Manchester United Premier League