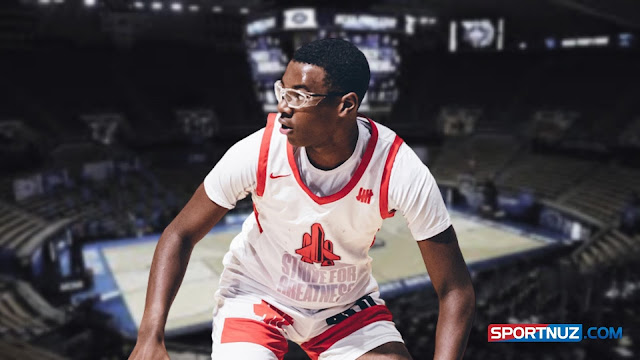 Bryce James is only 15 years old and college scouts are taking notice.
The youngest son of LeBron James announced late Sunday that he received his first college basketball scholarship offer from a Division I program.
James confirmed it on his on Instagram account that he received an offer letter from Duquesne University in Pittsburgh, Pennsylvania.

Bryce has shown signs of being the better James brother thus far. He shot up to 6-foot-6 just this summer, three inches taller than his older brother Bronny.
He has yet to be a ranked prospect, but it didn't stop a D1 team from throwing an offer to a prospect they aren't likely going to land.

How good is Bryce James?

The younger James is still in high school at the moment. He is being coached by his father's former coach Keith Dambrot, who handled his father LeBron for two years in high school at St. Vincent-St. Mary in Akron, Ohio.
Bryce has also had a sudden growth spurt, now standing at 6-foot-6. He is three inches taller than his older brother Bronny now and scouts predict that he can go as far as a four-star prospect.
He's still on the JV team but will likely jump to the varsity next season. It's definitely going to be news whenever new offers come along.
For more SportNuz, click here for the latest updates
Bryce James College Basketball LeBron James NCAA