What's Next for the Phoenix Suns? 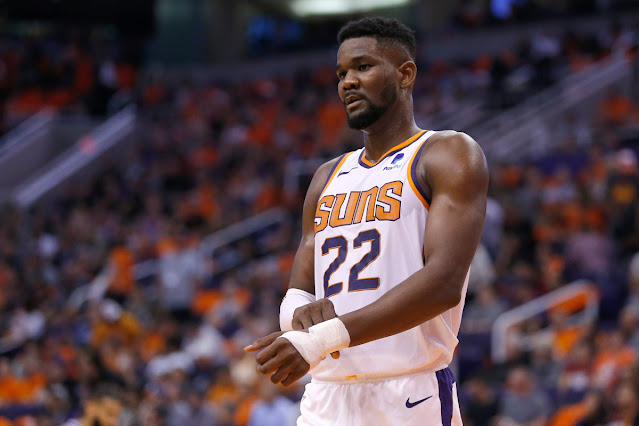 A good team with a bad playoff exit makes things complicated in Phoenix. What's next after a disappointing second round loss in the playoffs?

As much as people would want to associate it with tough luck, things aren't going so smooth within the Suns organization. Hard feelings and potential moves are the obvious possibilities for such trouble.
What's going to happen to the Suns next season? Here's a few possibilities.

The Score on Deandre Ayton

The Phoenix Suns picked Deandre Ayton with the first overall pick in the 2018 NBA Draft but surprisingly, there aren't any plans for him for the future.
The team didn't offer him the rookie max extension going into the 2021-22 season. It was Mikal Bridges, the team's 10th pick in the same draft who got the handsome contract.
To add fuel to the fire, Suns head coach Monty Williams pulled Ayton out of a crucial game seven in the second round against the Dallas Mavericks for the 2022 NBA playoffs.
Ayton is closer to a traditional big rather than a modern stretch center. It might be the deciding factor for the team to seek options outside the pick and roll.
A trade is highly possible for this team that is in dire need of help for high-volume offense outside Devin Booker and Chris Paul.

Unloading on the guards

The Suns have a lot of guards on their linup. Cameron Payne and Landry Shamet are two tradeable pieces, especially the latter who has a contract extension kicking in at four years, $43 million.

Dario Saric is coming back next season after being out the entire 2021-22 season due to a torn right ACL he suffered in Game 1 of the 2021 finals. The team might make him walk away as an unrestricted free agent in 2023.
Backup centers JaVale McGee and Bismack Biyombo just finished their one-year deals. Both might be brought back if Ayton moves out.

Which Wing to Keep?

Cam Johnson is up for a rookie extension heading into his fourth NBA season. Veteran Jae Crowder is entering the final year of the three-year deal he signed before the 2020-21 season.

The two are bench players who are silent contributors for the team. Johnson is the Suns' leading three point shooter, which will surely be an asset.

Devin Booker will get to bump his contract to an even higher asking price. He's going to be eligible for the supermax once he makes All-NBA.
Chris Paul proves his four-year, $120-million deal isn't a logjam in salary cap. Besides, the Suns have a safety of having the third year is partially guaranteed and the fourth being non-guaranteed.
As much swagger as Booker has on the court, he couldn't do it alone without Chris Paul's leadership. Thinking of moving Paul away might not be a good idea for now.
For more SportNuz, click here for the latest updates.
DeAndre Ayton NBA Phoenix Suns