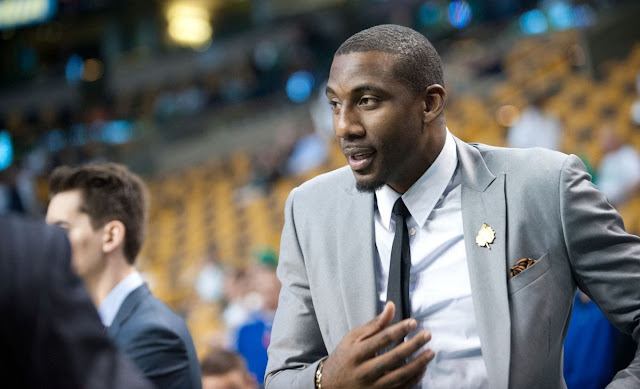 Things didn't go as planned in Brooklyn. What was supposed to be a better-tooled team was swept by the Boston Celtics, which also led to the exit of assistant coach Amare Stoudemire.
Stoudemire called out Nets star Kyrie Irving for being absent for most of the season. It can be remembered that Irving was not present for most of the Nets' games due to his refusal to undergo COVID-19 protocols.
Another second round exit in two years led to the former All-Star deciding to quit as an assistant after two seasons with the team.

Plenty of factors can be pointed to Brooklyn's disappointing exit. One is the butterfly effect caused by Irving's absence for the majority of the season.
Stoudemire points to this absence as the reason the Nets weren't able to gel as a fully-functioning team.
“Yeah, I think it hurt us. It definitely hurt us because we didn’t have the consistency with Kyrie enough to build chemistry for the group with the team," Stoudemire said.
"He plays only on away games depending on which city it is, can’t play in New York, therefore you have different lineups and different matchups depending on the game schedule," he explained further.

Was it indeed Irving's fault?

To be fair, Stoudemire made a good point because it was evident how coaching staff had a hard time figuring out how to fill the holes whenever a talent like Irving isn't playing.
An early first round exit against the Boston Celtics seemed inexcusable. Being swept didn't make things sweeter in Brooklyn.
While it seems true that Irving's absence made things harder for the team. It is unfair to pin all the blame on him when Ben Simmons, a player they traded for still refused to play. Add to the fact the early-season drama that James Harden caused on his way out and the morale isn't that stable in Brooklyn.

What's next for the Nets?

Irving still who holds a player option for next season. He missed more games than he has played since signing with the team. It only means he needs to prove his worth double in his contract year.

The Nets were supposed to be another superteam with Kevin Durant, Harden, and Irving. Things didn't work out as planned though as you've got three big egos playing alongside each other.
While chemistry was bound to be shaky from the start, things aren't expected to change next season regardless of who returns to play. It's now time for the team to consider picking one star player and letting go of the other.
Changes must happen even if Simmons suddenly decides to play.
For more SportNuz, click here for the latest updates.
Amar’e Stoudemire Brooklyn Nets NBA