Where will Odell Beckham Jr. go next? 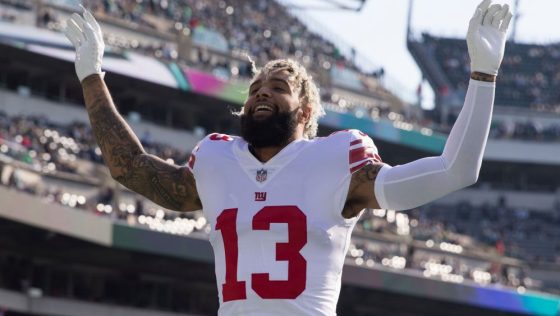 Odell Beckham Jr. is free as he wished. It's now a question of whether he has the liberty of choosing his new team or them gambling on a 29-year old wide receiver.
The former Cleveland Brown was officially passed through waivers by the team on Tuesday.  He walked away from the Browns with $4.25 million plus whatever the price of his contract is with his new team.
The next few is going to be vital in Beckham's career as he has stated in the past that he prefers a team in playoff contention that features an offensive-minded head coach and a creative veteran quarterback with a track record of success.
Where will OBJ go next? Here are some possible landing spots.

The Seahawks seem to be a contender to land Beckham. Head coach Pete Carroll didn't really give insights on the matter but it seems more of a possibility as the days go by.
The team isn't having the best of records currently sitting at 3-5 but playoff hopes aren't out of the picture either. Another positive is Quarterback Russell Wilson's return from injury.
It's already a fix at the wide receiver spot with DK Metcalf and Tyler Lockett but if Metcalf and Beckham's pose for a picture after trading jerseys after a game in 2019 built a bit of connection, you can then say that it means something.

Niners head coach Kyle Shanahan has long been an admirer of Beckham — to the point that there was speculation in 2019 that San Francisco could make a run for him via trade. That never materialized and the the 49ers ran into their own problems.
Like Seattle, the 3-5 49ers are also still on the fringe of the playoff picture. But they’re also reeling of late, losing five of their past six games and fielding a muddled quarterback picture. Shanahan, however, didn’t entirely remove his team from a pursuit.
The question here is whether Beckham wants to step into another potential quarterback mess for a team that seems to be spiraling for a multitude of reasons. He could get some targets in an offense that has been largely carried by wideout Deebo Samuel and should get another lift with tight end George Kittle back in the lineup.
The team’s other top wideout, Brandon Aiyuk, appears to be in Shanahan’s doghouse, which could mean an opportunity for Beckham. But this isn’t the slam dunk fit that it might have looked like a month ago.

This was the only team to speak to the Browns about Beckham before the trade deadline passed. And although the Saints didn’t make an offer for him, it’s clear the need and the interest is there. New Orleans would have little to offer in salary but the absolute veteran minimum for the remainder of the season, but it more than makes up for the money with opportunity. Wideout Michael Thomas won’t be coming back and the Saints badly need more receiving options in an offense that lacks pop beyond running back Alvin Kamara.

The fit is there in terms of the offensive-minded head coach in Sean Payton, who has been a fan of Beckham’s games for years and once joked about his kids wearing the No. 13 jersey of the wideout when he played for the New York Giants. New Orleans is also squarely in playoff contention, holding the fifth seed in the NFC at the moment at 5-3.

There is some question about who will be the Saints quarterback moving forward — Taysom Hill or Trevor Siemian. Neither is really all that ideal a fit for Beckham’s game. And with so few games left to get himself in gear, that has to be a serious consideration.

The Baltimore Ravens have a need for Beckham, but wideout Sammy Watkins is back in practice and factors again into the offense. Receiver Hollywood Brown and tight end Mark Andrew will eat up some targets, too. But quarterback Lamar Jackson is dynamic and head coach John Harbaugh is one of the best in the business.
If the Ravens are that hot after Beckham it’s worth wondering why Jackson directed fans who were messaging him on Twitter about Beckham to turn their attention to the franchise and not him. That’s not exactly a recruitment.

Meanwhile, the Kansas City Chiefs are another struggling offense that certainly needs a third option beyond receiver Tyreek Hill and tight end Travis Kelce. The franchise also has Andy Reid at the helm and, like the Ravens, still factor in the AFC’s playoff mix. And it’s worth noting that the Chiefs have picked up another potential third option in Josh Gordon who hasn’t made a dent up to this point.

Would Kansas City dump Gordon this quickly for Beckham? And would there be enough targets to go around with him on the field next to Hill and Kelce?
For more SportNuz, click here for the latest updates.
American Football NFL Odell Beckham Jr.