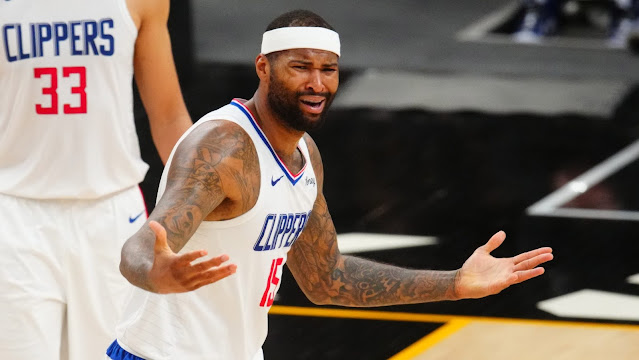 The reigning NBA champions are looking to beef up their roster with center DeMarcus Cousins. The team is signing the four-time All-Star according to sources.
The Bucks are signing Cousins to a one-year non-guaranteed deal. They have the option to guarantee his contract for the entire season before the January 7 deadline.

Milwaukee has missed the presence of Brook Lopez in the middle as the center is out with a back injury. Adding Cousins to the rotation will definitely help bolster their frontcourt.
There isn't any official announcement yet regarding the signing but with reports coming out and both Giannis Antetokounmpo and coach Mike Budenholzer voicing out the team's need to fill Lopez's void, the reports may be good as confirmed.
"Obviously, Brook is a big part of what we do, can't wait for him to get back healthy, but at the end of the day, without Brook, we don't have another big," Antetokounmpo said. "I feel like it's a lot of load on me and Bobby [Portis] to be those bigs all the time on the court, so just adding another guy, that'll be nice."

Added Budenholzer: "We're playing Giannis and Bobby really as our two bigs right now, so I think when you look at the depth chart and look at how we're subbing and everything, depth at the big position is something that we could use."

Will Cousins fit in with the Bucks?

Cousins has struggled to return to his dominant form. While he still has the desire to carry heavy loads, his body can't just hold up.
After starting the 2020-21 season with the Houston Rockets, he was waived and signed with the LA Clippers, where he finished the season there. He's had good stretches where he was a major piece for the Clippers' run to the Western Conference finals.
Cousins has been known to have emotional issues on the court which was influenced by unhealthy front offices and locker rooms. It will be interesting to see how he's going to adjust to a team with high morale and good chemistry from bottom to top like the Bucks.
His high basketball IQ and desire to will sit well with the team. If he could carry the load while hurt during the 2019 NBA finals with the injury-depleted Warriors, what more with a healthy Bucks team?
Cousins might just win that elusive championship with Milwaukee.
For more SportNuz, click here for the latest updates.
Demarcus Cousins Milwaukee Bucks NBA