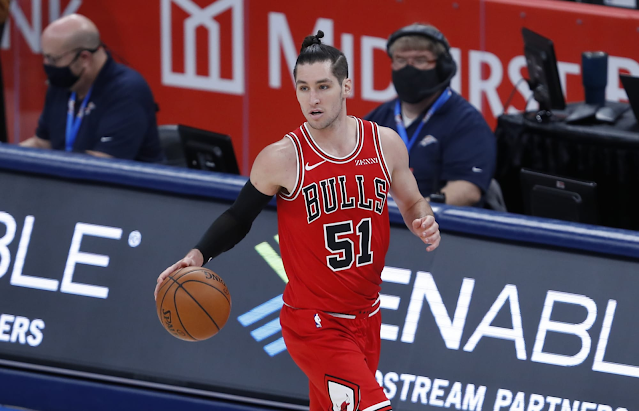 With the 2022-2023 NBA season just around the corner, it was announced that they would be the team that would kickstart the new season against the Los Angeles Lakers next month.
So, both teams are gearing up and are on the quest, searching far and wide on every state and worthy player to be part of their team in order to secure them a win.
Golden State is currently up with a bunch of active and healthy players such as Stephen Curry, a prepared Jordan Poole, a brainy Draymond Green, a recovering and soon-to-be-back Klay Thompson, and more.

But they would need more to reach success and as reported by Anthony Slater of The Athletic on Monday, the Warriors will collaborate with former Chicago Bulls star and now free-agent point guard Ryan Arcidiacono this week, as per a source at the publication. It’s noticeable that the team is eyeing on various options, mostly point guards. In order to fill the spot, Golden State has worked out a few candidates to fill the 15th roster spot.

While averaging 3.1 points in 44 games last season as a reserve, he continued to be a threat from deep. Since Arcidiacono dedicated his time for four seasons in the NBA with the Bulls, agreeing to a two-year contract deal with them, it's likely that he's searching now for the right team to help him increase his chances of winning a championship.

Is Arcidiacono a good fit for the Warriors?

As a point guard, Ryan Arcidiacono can serve as another main or perhaps as a backup shooter scoring deep threes in all areas of the court.
During his time with the Bulls, Arcidiacono showed just how skillful he is with his playmaking abilities and finesse in shooting. He can be a threat to the opposing team as the Warriors can be benefited by the additional shooter who can shoot deep threes in the front court and in the corner alongside Stephen Curry, Klay Thompson, Jordan Poole, and Moses Moody.
The former Bulls guard averaged just 4.8 PPG, 2.2 APG, and 2.0 RPG, while shooting a.431/.373/.807 from the field in 207 games (17.6 MPG) during his moments with the team. He's still a capable defensive player who has the chance and capacity to create space for the other shooters to take their shots and be there to catch and shoot if necessary.

Who else is a likely candidate?