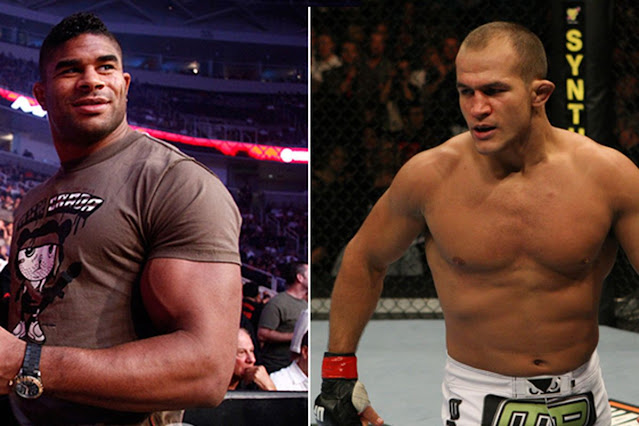 Two former top heavyweights were on the latest UFC chopping block.
Former UFC heavyweight champion Junior dos Santos and top contender Alistair Overeem were released from the promotion. There wasn't an official announcement yet on the two departures.
Dos Santos has been on a slump lately. He suffered four straight TKO losses which made his hopes of another title run dimmer.
Overeem, on the other hand, has fairly made a better record. He's gone 3-2 out of five fights which included a KO win over dos Santos.

Both dos Santos and Overeem has reached journeyman status where they couldn't put on a win streak that will consider them the next in line for a title shot.
Overeem's last fight was a TKO loss over Alexander Volkov, which snapped his two-fight winning streak. The former PrideFC fighter has scored notable wins over Brock Lesnar Mark Hunt, Alexey Oleynik, and dos Santos himself during his UFC run.
Dos Santos might be the more decorated fighter of the two having won the UFC heavyweight title from Cain Velasquez before dropping it in the rematch. He struggled to pick up momentum after that as he was exchanging wins with devastating losses.

Dos Santos already stated that he wants to continue his fighting career. As for Overeem, a return to the Japanese MMA circuit will spark nostalgia.
Both heavyweights can also take their talents to Belabor, where the heavyweight division is pretty stacked with former UFC light heavyweight Ryan Bader as its kingpin.
That's a spectacle even UFC fans will like to see.
For more SportNuz, click here for the latest updates.