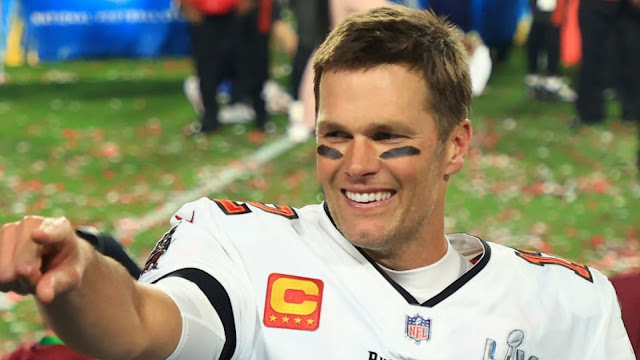 Tom Brady's Instagram post proves he's already working toward Super Bowl repeat. The legendary quarterback implied it on his latest Instagram post.
Brady isn't known to take much time off so it's just fitting that he'd be back at it fresh after winning the Super Bowl for the Tampa Bay Buccaneers.
He didn't celebrate his seventh Super Bowl title for long.

Brady already made it clear that he is returning for his 22nd NFL season. The Quarterback captioned on his Instagram post, "On to........the next one."
The TB12 Sports Instagram account also suggested the same after posting a photo of the legendary quarterback walking off a practice field with body coach and business partner Alex Guerrero.
It seems work has already begun for the 43-year-old.

The former New England Patriots quarterback needs as much time to heal as possible. Brady will be undergoing a "minor" knee procedure this offseason.
Regardless, Brady already has his eyes locked on a repeat. He aims to bring the Buccaneers a repeat title which the Patriots did in the 2003-2004 season.
Currently, the team has to make some crucial decisions to their pending free agents. Tight end Rob Gronkowski, wide receiver Chris Godwin, and running back Leonard Fournette, and linebacker Lavonte David are bound to be free agents.
Among these pending free agents, only Gronkowski suggested he's going to stay with the Bucs. Tampa Bay still needs their other holdovers though.
At least Brady still feels healthy enough to work on winning a back-to-back title for Tampa Bay.
For more SportNuz, click here for the latest updates.
NFL Tampa Bay Tom Brady