James Harden Traded to the Brooklyn Nets in 4-Team Megadeal 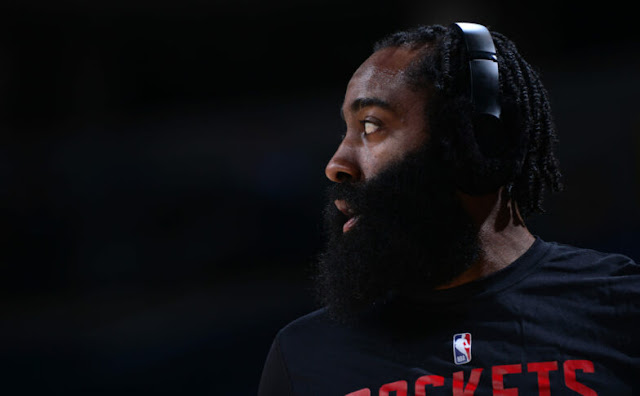 The James Harden-Houston Rockets drama is finally over.
The team has shipped their superstar to the Brooklyn Nets in a blockbuster four-team trade. It was a transaction that had to involve the Cleveland Cavaliers and the Indiana Pacers to happen.
Not only was an instant superteam created in Brooklyn, the other teams involved got pieces that made them winners in their own right as well.

The Nets and Rockets announced the blockbuster Thursday morning. Brooklyn parted ways with Caris LeVert and three first-round draft picks.
The Rockets would then send LeVert to Indiana for Victor Oladipo. The Rockets and Pacers have not yet announced that deal.
Brooklyn would also send Center Jarrett Allen and forward Taurean Prince to Cleveland while the Cavaliers send Dante Exum and Brooklyn forward Rodions Kurucs to Houston.

Who wins the trade?

Aside from acquiring legit talent in Oladipo, the Rockets also gain a ton of draft capital with three unprotected first-round picks from Brooklyn -- in 2022, 2024 and 2026 -- plus pick swaps in 2021, 2023, 2025 and 2027. They also receive Cleveland's 2022 first-round pick via the Milwaukee Bucks.
Brooklyn might be the bigger winner because aside from Harden, they also got the Cavaliers' 2024 second-round pick. They also have three more roster spots to fill using either a $5.7 million tax midlevel, the minimum exception, or a $5.7 million disabled player exception.
As for the other two teams thrown in the trade, the deals weren't bad either. Indiana gets a talented young scorer to cover for Oladipo in Caris LeVert while Cleveland will beef up its frontcourt even more with Jarrett Allen in the mix.

Harden will reunite with another 2012 NBA Finals running mate in Kevin Durant. It gives the Nets two former MVPs in the scoring prime of their careers.
Add Kyrie Irving to the mix and Harden gets some NBA championship winners around him. It's only a matter now of how the three will mix together.
Back in Oklahoma City, Harden was a sixth man playing relief scoring to Durant and Russel Westbrook. Harden has broken out from instant offense to walking offense now.
It may or may not prove to be what Brooklyn needs to move forward but as always, it will all be seen once we go deep into the postseason.
For more SportNuz, click here for the latest updates.