Diego Sanchez Says He Has " One more Nightmare to give" 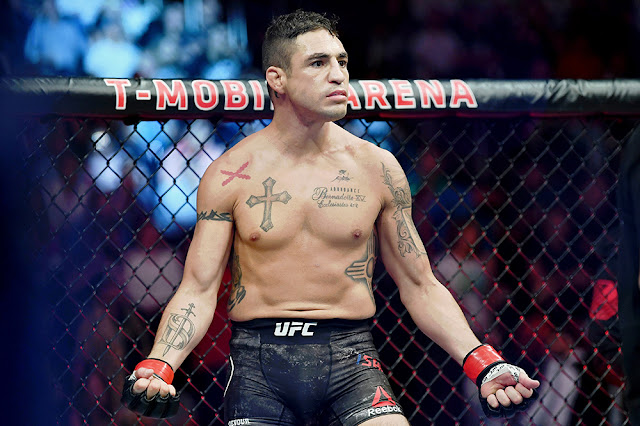 It looks like Diego Sanchez is finally ready to call it a career. It's been a wild 15 years in the UFC full of blood and wild swings.

The winner of Season 1 of “The Ultimate Fighter” plans to hang up his gloves after this next fight. Sanchez looks like he's finally ready to move on to the next chapter of his life.

"It’s my last fight my heart path has changed, it’s time to heal not hurt! One more Nightmare to give!," Sanchez said.
Sanchez also made it clear that he prefers his final dance to take place in April or May.  He's even willing to take on anyone for his last fight.

A look back at Sanchez's UFC Career

Once known as "The Dream," Sanchez officially made his UFC debut in 2005 against Kenny Florian who he beat to win the first ever Ultimate Fighter series.
He was always out to put on a show in a rollercoaster of a journey. Sanchez has notable wins over known names such as Nick Diaz, Karo Parisyan, Martin Kampmann, Jim Miller, Joe Stevenson, and Clay Guida to name a few.
Sanchez unsuccessfully challenged for UFC gold in 2009 but has managed to always stay in the mix during his prime.
It was also his entertaining style which led to him having 32-fights in the UFC. He has absorbed 1,431 total head strikes, a testament to his all-out fighting style.
Sanchez is also one of two fighters in UFC history to fight in four different weight divisions. HE started at middleweight and dropped down all the way to featherweight.

What's Next for "The Nightmare?"

Sanchez has gone down a spiritual path lately. His focus on personal growth through mentor Joshua Fabia is one of the reasons his style mellowed during the latter parts of his UFC career.
Regardless, Sanchez is a surefire UFC Hall of Fame and at 39, he can create something around what he has built through the years.
For more SportNuz, click here for the latest updates.