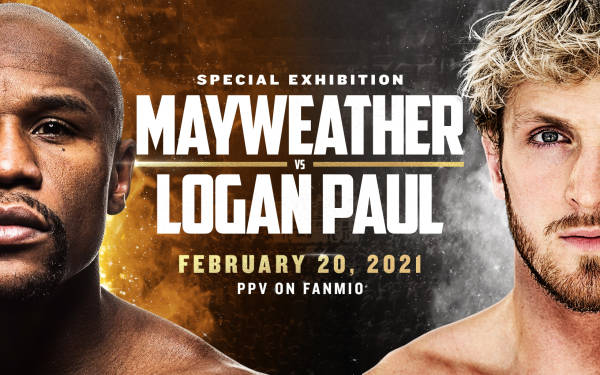 How much more will the Paul brothers bypass? Logan Paul is now playing with greatness in the face of one of the best fighters of all time.

Mayweather made the announcement on his Twitter handle. He is scheduled to take on Logan Paul on Feb. 20 in a Pay-Per-View bout on Fanmio Boxing.
There aren't much details about the event yet. All that is shared right now is what is seen on social media.
Mayweather is the master of big money fights. His last was also his biggest-paying bout against Conor McGregor, who he beat via TKO in 2017.
Even in exhibition bouts he hit the $10 million mark when he faced kickboxer Tenshin Nasukawa in a New Year’s Eve exhibition in 2018.

The Paul brothers Logan and Jake have sold more than most of the legitimate fighters.
Logan has one pro fight so far when he took on fellow YouTuber KSI. He lost that bout via a split decision in a six-round fight last November 2019 at the Staples Center.
Jake Paul has just come off a wild knockout win over former NBA star Nate Robinson last month. The viral moment got both the boxing and basketball community reacting.

Exhibition bouts are what it is. Records may not be tallied but the lifetime fight record is still on the line. Mayweather is bringing in a ton of experience while Paul only has youth on his side.
Skill wise, we know who will win. The two entrepreneurs saw a huge opportunity here which is why they two agreed for another massive payday.
Still, there's still the curiosity part that will convince us to buy in, right?
For more SportNuz, click here for the latest updates.
Boxing Boxing News Floyd Mayweather Logan Paul