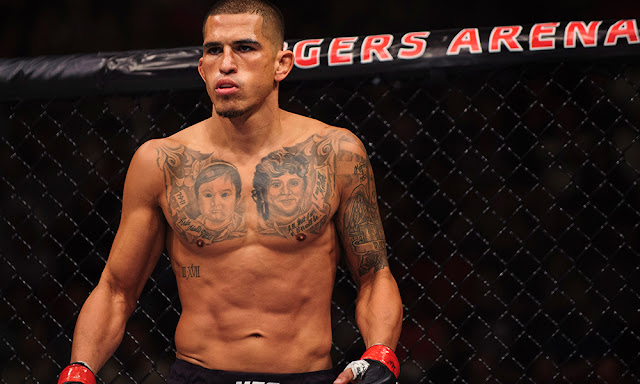 It's Showtime for the Professional Fighters League as they signed a big name free agent.
Former UFC lightweight champion Anthony Pettis just signed with PFL MMA less than a day after announcing he will be exploring new deals.
Pettis has inked a new deal with PFL which will begin its 2021 season on April 23 on ESPN2.

“I am really looking forward to this next big challenge after signing with the PFL to compete in the lightweight division.” Pettis said.
"I’m super impressed with what the PFL has built, how they are growing the sport, and the amazing talent they have added," the former UFC lightweight champion added.
Peter Murray, CEO of the Professional Fighters League was quoted saying:

“Not only is Anthony a transcendent athlete within the sport of MMA, but he is also an innovator in the cage who is known for his charismatic fighting style and determination to win. I am confident that Anthony will bring that ‘wow’ factor into every matchup he participates in over the course of our season format, and we’re excited for him to join the PFL family.”

Pettis is a fan of the season format. He thinks it will bring something new to his MMA journey. The former WEC and UFC lightweight champion is looking forward to get another world championship to add to his collection.

What's next for Pettis?

Pettis isn't the only former new UFC champion the PFL signed. The promotion also has former UFC heavyweight champion Fabricio Werdum in their roster now , as well as boxing world champion Clarissa Shields.
The 20-3 Brazilian Natan Schulte is one of the fighters in Pettis' radar already. The rest of the roster is also filled with international talent and fighters once with the UFC. It will be interesting to see if Pettis will still end up on top with all the world-class talent he'll be up against.
We all are going to find out as PFL MMA's 2021 season kicks off this April. It will carry on in the succeeding months all throughout June.
For more SportNuz, click here for the latest updates.
Anthony Pettis MMA PFL