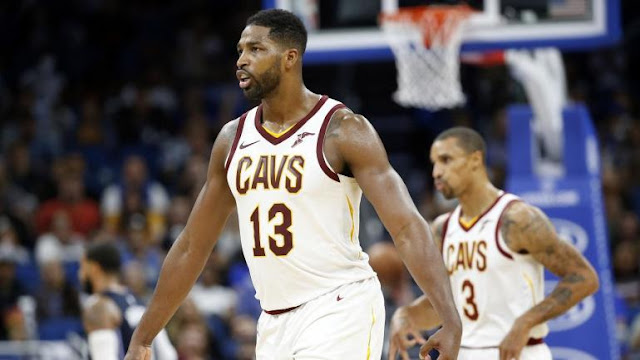 The Boston Celtics have a lot of room. Gordon Hayward left and signed a four-year, $120 million deal with the Charlotte Hornets. What the C's lost in the wings, they got an upgrade in the paint.
Reports state that Tristan Thompson will sign a two-year, $19 million deal with the Celtics. The veteran big man is expected to beef up the front court.
Thompson had spent nine seasons with the Cleveland Cavaliers, but the Celtics offered him a higher salary.
It is worth noting that his previous contract with the Cavs was an inflated five-year, $80 million which he signed in 2015.

Thompson hasn't contended in the Eastern Conference since LeBron James left Cleveland for the Los Angeles Lakers in 2018.
He will be joining a fairly young Celtics team that is still hoping to contend in the east. He brings some much-needed rim protection and rebounding ability to the team.
Boston has a pretty thin frontcourt with only Daniel Theis and Enes Kanter switching at center.

Thompson failed to live up to his previous contract but managed to put up a career high in points with 12.0 per game in his final year. Such production will prove to be a solid rotation piece at the center position.
He'll likely come off the bench but if he proves to play better in coach Brad Stevens' rotation, he might get the starting nod.
The Celtics have good perimeter players which Thompson run screens for. He ranked ninth in the league in the category last season with 4.6 screen assists per game.
With Andre Drummond assigned to do that for the Cavs, Thompson should be doing it someplace wlse with perimeter stars.
Add to that being one of the best offensive rebounders in the league and you've got your upgrade where it's needed.
For more SportNuz, click here for the latest updates.
Boston Celtics Free Agency NBA Tristan Thompson