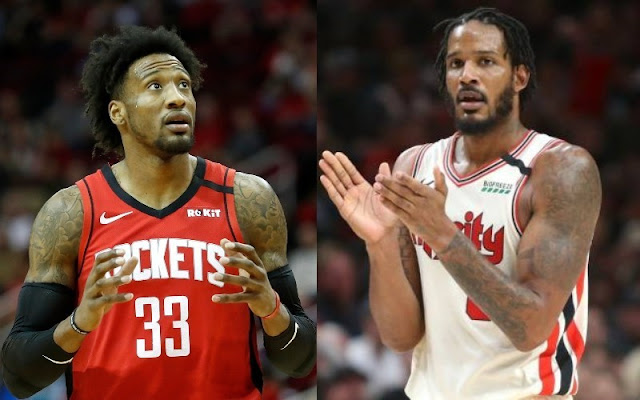 Trevor Ariza is going back to the Houston Rockets for the third time.
Trades are starting to happen here and there in this crazy late offseason. One of them was between Houston Rockets and the Portland Trail Blazers.
The Rockets sent Robert Covington in exchange for Trevor Ariza, the No. 16 pick in Wednesday's draft and a protected 2021 first-round draft pick.
Since the trade will not be completed until after the 2020 NBA draft, a gentleman's agreement will happen wherein the Blazers will select whichever player Houston wants. This draft pick's rights will be included in the final deal.

Houston, we got a problem

Superstars James Harden and Russell Westbrook are reportedly unhappy in Houston. Both players are requesting to move onto a franchise which will increase their chances of winning a championship.
As the Rockets' small-ball attack failed in the bubble, the only option they have now is full-blown rebuild if their superstars cannot be happy.
Now, let's start grading the recent deal.

Covington will add some wing depth to the Blazers especially after Al-Farouq Aminu and Moe Harkless left last season. He's a spot-up 3-and-D wing who can stretch the floor to add space on for Damian Lillard and CJ McCollum on the floor.
His best asset is his defense since Covington can guard multiple positions and pick up deflections. He can also poke in for steals and blocks with his reach.
The Blazers are the clear-cut winners here as Covington can cover two holes for the offense-heavy blazers. His addition can move Carmelo Anthony comfortably up to power forward.

The Rockets probably agreed with this deal for the chemistry factor as Ariza is already a favorite in Houston. It will be the third time he dons a Rockets jersey.
Ariza had decent stints in Houston and will still be a solid rotation piece. His familiarity with the organization will likely be the one that keeps things intact with a team that's set to implode.

Though he wouldn't be expected to produce as much as he used to, there is still the chance that Ariza finds his groove again with a team he always liked playing with.

Both teams benefited from the trade in one way or another. It isn't a measure of value-for-value but rather just a swap of what both parties wanted.
The Rockets may have the lower trade grade but the draft pick they got can potentially be a key piece in their roster depending on how they use him.
As for the Blazers, they hit tough luck facing the Los Angeles Lakers in the first round. They had a better chance of going farther had they been seeded higher judging by their trip to the Western Conference finals the previous year.
Now, it's time to see how these two players will fair with their new teams.
For more SportNuz, click here for the latest updates.
Houston Rockets Portland Trail Blazers Robert Covington Trevor Ariza