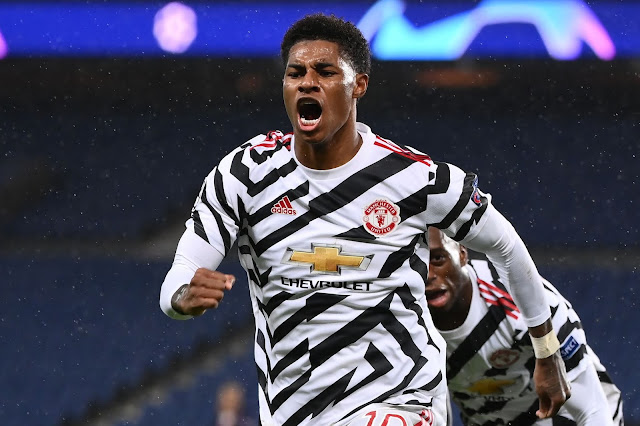 This seaason of the UEFA Champions League kicked off with a marquee matchup as Manchester United faced Paris Saint-Germain.
The delayed season finally pushed through after the coronavirus pandemic postponed the original start date.
It was a showdown between two of Europe's prestigious teams in Tuesday’s action.

The two most prestigious teams from England and France faced off as the two two star-studded clubs put on a show on opening day. United won the match 2-1 after a late goal from Marcus Rashford broke the deadlock.
The Red Devils broke the ice in controversial fashion. Midfielder Bruno Fernandes scored from the penalty area. PSG goalkeeper Keylor Navas saved the attempt from 12 yards but had to be retaken after video assistant referee determined that Navas was off his line.
Poetic justice was served for a brief moment as forward Anthony Martial accidentally headed the ball into their own goal via a Neymar corner kick.
The final dagger was scored when French superstar Paul Pogba set up Marcus Rashford for the game-winning goal.

United is set to host German team RB Leipzig on October 29. It's a match between the two current top teams in Group H.
It will be the first time the two teams will meet in European competition. United has won only one of four matches against German teams while Leipzig won their two matches against English teams.
The Red Devils do not have a friendly record at home in Champions League but has a good history against German teams as they went unbeaten for their last 10 matches in European competition.
Will United come out with the same prestige or will Leipzig upset another English team? We'll all see in five days.
For more SportNuz, click here for the latest updates.
Champions League Football Manchester United Paris Saint-Germain