Weighing in on the Paul George versus Damian Lillard Feud 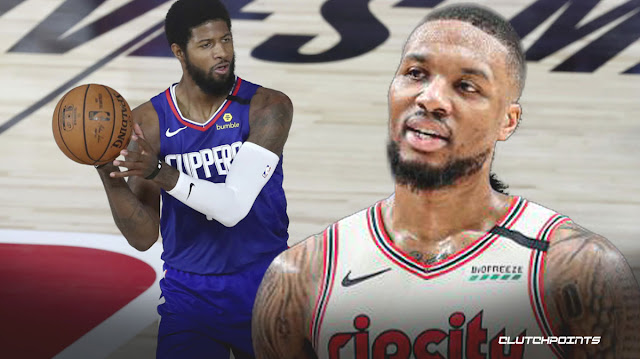 The on and off the court beef between Los Angeles Clippers' Paul George and Portland Trail Blazer's Damian Lillard has been making waves right now.

The two exchanged words through Instagram when George commented on a post quoting Lillard's post-game interview stating that he sent the 6x Nba All-star and his Oklahoma City Thunders home during last season's playoffs through a buzzer-beating shot.

The feud started during the game between the Clippers and the Blazers. Lillard was sent to the free-throw line to give his team a chance to tie or win the game. However, there was no "Dame time" this time.

After the missed free throws, the Clippers bench was seen celebrating specifically, Patrick Beverly. Beverly was seen laughing on the bench and saying "Dolla Time" which is a shot against Lillard who uses "Dolla" as his rap name.

While George was also seen imitating the "dame time" gesture pointing to his wrist referring to the gesture made by Lillard after sinking the dagger to eliminate the Thunders last season.

George vs Lillard: Who's better?

While both are established stars in the NBA. Both have their shining moments in their careers.

George torched the Miami Heat during the Big Three era and it can be argued that he could have a better career if not of the Big three. On the other hand, Lillard has been carrying Portland for years to cement their place as a consistent playoff team since he arrived.

It is hard to compare two players who are contrasting types of players. One is a one-team career type of player with exceptional talent and skill, the other is a franchise level player who jumps from team to team to team up with friends or where ever he feels makes him happy.

All in all, since they are almost equal in terms of trophies, little can be said about the comparison between their careers. Besides, they are still at the peak of their careers, many things can still happen. For now, let's enjoy it while it lasts. Competition is always exciting, especially as a fan.