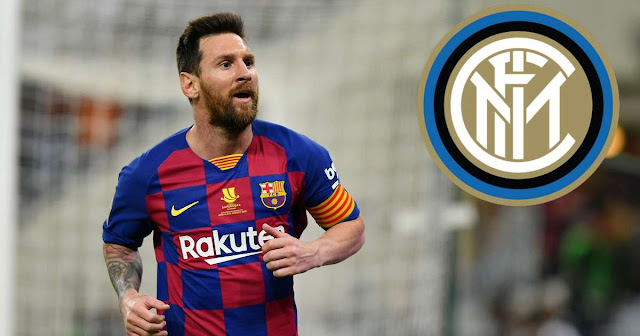 News are making noise around the world of football regarding the possibility of Lionel Messi leaving Barcelona for Milan, specifically, the blue and black side of Milano.

The noise started with the news bomb published by La Gazzetta dello Sport, that Messi’s father and agent Jorge is moving to Milan near InterMilan’s headquarters to take advantage of lower tax rates. The same news outlet also released another news bomb stating that the Milano Club, who won the treble in 2010, is already preparing for a bid for the six-time Ballon d’Or winner with a staggering price of €260million.

To add fuel to the fire, the Club’s hierarchy made an advertisement on a Chinese streaming service showing Messi’s silhouette on Milan’s famous Duomo cathedral.

In addition to the rumors, it is well known that Barcelona is risking a trophy-less season as they narrowly loss the La Liga Title to their fierce rival Real Madrid after bowing out from the Copa del Rey and Spanish Super Cup.

There is, likewise, a not so good relationship between the newly hired Head Coach Quique Setien as frustrations grow due to poor results and trophy-less campaign. We have not even mentioned yet Messi’s rift with the management.

Possibility of the transfer happening

InterMilan has been mediocre for a decade now after their treble in 2010 under former Head Coach Jose Mourinho, but they are having a resurgence that started with the purchase of the club by Chinese owners and ever since that time, they are gradually climbing the table.

Currently, they were on the most dangerous threat to the serial Italian Champions Juventus for the Scudetto, only to lose by a point under a former Juventus Coach in Antonio Conte.

With the Chinese money, Inter might actually be able to pull off this deal especially with the help of Barcelona’s interest with Inter’s prized asset in another Argentinian forward in Lautaro Martinez.

Ronaldo’s record-breaking transfer to Juventus also started with news and rumors like this. People did not believe that it would happen, but we all know what happened there.

If the same fate actually happens with Messi and Inter, the famous rivalry between Messi and Ronaldo will again be alive and there will be a serious threat to Juventus’ Scudetto Dominance after 9 seasons.

Only time will tell whether this deal can be done. It will depend greatly on the 6-time ballon d’Or winner, if he is willing to leave the club that he has been with all his life.