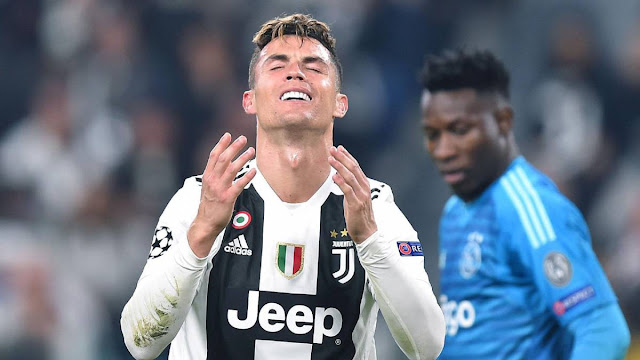 Rumors are swirling that Cristiano Ronaldo could leave Juventus before his contract ends. With nothing much to prove and still more to accomplish, here's why the greatest footballer of this era should leave right now.

Settling for an unproven coach

No offense to one of the best midfielders to ever grace a football field, but we can all agree that being a great player does not always equate to being a great coach.

Even his former Azzuri and Rossoneri teammate Gennaro Gattuso in a friendly and funny way said that the new Juventus Manager is "screwed".

There are only a few players that we're able to match their playing with coaching careers. They can be a decent coach but not much has done a Zinedine Zidane-esque career.

No one is wishing the world cup winner to fail at Juventus, but this is the same mistake that Milan did over the years, appointing former Legends as head coach.

Even with the intellect that Pirlo has and his potential to succeed, is it worth a risk? Especially that Ronaldo is nearing the twilight of his career and time is against him? Only time will tell and let's hope he succeeds.

Football is a team sport, we have players like Ronaldo, Messi, Ronaldinho, and many more. But we know that even great players need support.

Ronaldo had support in his stint in Manchester and Real Madrid which helped him have the legendary career that he has now. Juventus failed to surround him with pieces worthy of his talent.

Lack of winning mentality( at least in the Champions League)

Cristiano Ronaldo has been proven a serial UCL winner, he always shows up when his team needs him. His mindset reaches a different notch when he is pushed to his limits.

In essence, Bonucci said that their goal is the scudetto. No one buys that excuse. Everybody knows that they paid 100M Euros for Ronaldo only for the reason of winning that elusive title.

It is a waste seeing Ronaldo get eliminated twice in a row during the knockout stages of the UCL. Even after his marvelous performances day in and day out, it is not enough to carry his team to the podium.

Let's admit it, Ronaldo is not getting any younger. He should move to a team that can offer him the best chances to win more trophy and not wastes his extended peak years.

We'll see what will happen in the summer market window and hope for the best for everyone.