Did Cristiano Ronaldo elevate the level of Serie A? 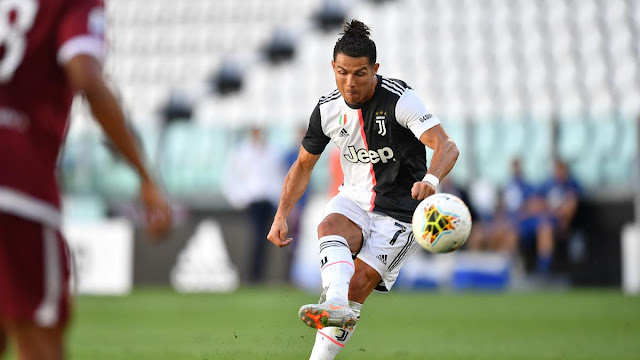 Is it a coincidence or did Cristiano Ronaldo elevate Serie A?

Ever since he came to the league it seems that the league was transformed from a "Defensive League" to one of the most exciting Football Leagues in the big four leagues.

As the saying goes, competition is good for everybody and it seems that his arrival did well for Serie A.

Ronaldo moves to Serie A

After the arrival of the Portuguese, teams like Atalanta, Lazio, and Inter stepped up their game in their ways. Atalanta invested in low cost young upcoming prospects. Inter, used Chinese Money to buy high profile - high-cost players. While Lazio focused on buying underrated Serie A players with experience and lower cost.


While it had good effects on these teams mentioned, it also had bad effects on teams already struggling to survive in the league such as the sleeping giants AC Milan, and Napoli, although the latter is still barely hanging and the former is showing good signs post-COVID.

Another good effect is economical. Like the Lebron effect in LA and Cleveland, there will be hype wherever he plays. Serie A is being watched again by a wide variety of audiences and followers as to how it was during the '90s.

Some Ronaldo-Madrid fans will now be Ronaldo-Juventus fans. Merchandise related to him will also skyrocket in demand and sales.

Overall, whether what club you support in Calcio, you cannot deny that he had a part in the renaissance of the league and his presence is good for the league(even to Torino fans lol)

These effects have proven or not, coincidence or not truly shows the effect of Christiano Ronaldo not only to his club but wherever he is. His presence will be good economically and sports-wise since he attracts worldwide attention.

In the end, there will be a win-win situation. So somehow, Serie A fans should be grateful that a living legend chose to grace Calcio once again.

Let's enjoy greatness while it lasts and hope that Messi misses playing against him and switch leagues or even try teaming up with him which will surely be a spectacular event to look after.

Did Ronaldo elevate the entire Serie A? Let's talk about CR7 in the comments below.