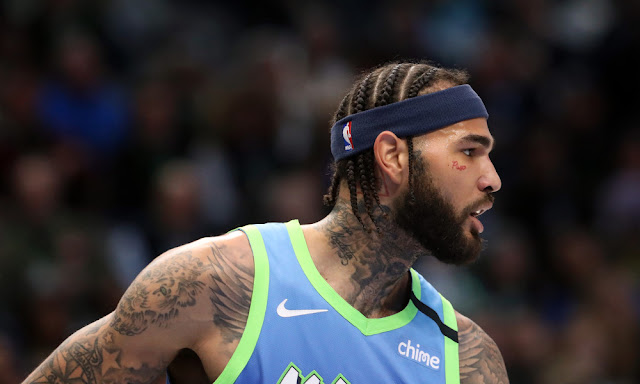 Teams are starting to prepare for some last-minute roster tweaks as the NBA season resumes at Disney World in July.


The Dallas mavericks need a plan B as center Willie Cauley-Stein won't risk it. In goes point guard Trey Burke who is more willing to make the schedule work.

For one, the Mavs will lose a utility big man. It's Cauley-Stein that has more to lose though.

We can't blame some players for deciding the hundreds of thousands of dollars isn't worth it. The NBA still got infiltrated by coronavirus despite legitimate security measures done in every game.

More so Cauley-Stein who's going to face a long time in a quarantined environment away from his family.

has forced the NBA to take special precautions. It’s unsafe for players to freely enter and exit the campus at Disney World. Cauley-Stein would face a long quarantine. It's not worth risking your life away from your family.

Unfortunately for Cauley-Stein, he isn't on one of the eight done teams. He has no choice but to forego his salary.

Huge blow to the lineup as well

The Mavericks traded for Cauley-Stein in January to replace injured center Dwight Powell. Burke won’t help there, but he will add depth in the backcourt with Courtney Lee and Jalen Brunson also injured. Dallas coach Rick Carlisle often uses two-point-guard lineups, and Burke should fit.

Maybe the Mavericks will make another move to address center. Waiving Lee, who’s on an expiring contract, is an option.

Or Dallas could just roll with Kristaps Porzingis, Boban Marjanovic, Maxi Kleber, Michael Kidd-Gilchrist and Dorian Finney-Smith in creative lineups. Porzingis is very talented and very effective at center, but he’s too slight for some matchups, and he’s not the ideal roll threat to complement Luka Doncic. Marjanovic is too lumbering for many matchups. Kleber, Kidd-Gilchrist and Finney-Smith are small-ball options.

The Mavericks would benefit from having a more-prototypical center (like Powell and Cauley-Stein were). But it’s not paramount.
Dallas Mavericks Mavs NBA NBA News